Amazon Prime’s ‘Lord of the Rings’ prequel has already been renewed for a second season, ahead of its 2021 Season One release. 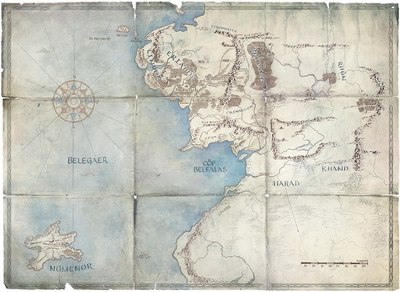 Looks like more Lord of the Rings is on the menu, boys (and girls)! Even without a firm Season One release date, Season Two is already a go! Pre-production for Season 1 is now underway in New Zealand, though a full cast has not yet been announced. We do know that Markella Kavenagh (Picnic at Hanging Rock) will appear as Tyra or Kyra (both names have been teased), Will Poulter (Bandersnatch, Midsommer) as Beldor, and Joseph Mawle (Game of Thrones) as Oren. We have yet to learn whether the forever-young elves Elrond or Galadriel will make an appearance, but all signs strongly point to the fiery eye-in-the-sky Sauron.

The spin-off will take place in the Second Age of Middle Earth, when the Rings of Power were forged. It was then that Sauron, a beautiful angel-like immortal called an Ainur, caused all sorts of havoc and was generally regarded as a rude dude. This was also the era that saw the rise and fall of Númenor, a mythical island gift given to the race of Men, or more specifically, the Dúnedain, who eventually fled and created the kingdoms of Arnor and Gondor. We can rest assured knowing that the series will not stray far from the source material, as the Tolkien estate retains veto power over anything that differs with the late author’s work.

With Season 2 now officially greenlit, production will go on a roughly five month hiatus after the first two episodes of Season 1 are filmed, allowing the writers to begin working on second season scripts; this means Season 2 shoots can begin directly after or even during Season 1, a method employed by Peter Jackson during the three The Lord of the Rings films. This could prove to be a momentous feat, as Season 1 is already slated to present a whopping 20 episodes.

The series will be produced under the Amazon Studios banner in collaboration with the Tolkien Estate and Trust, HarperCollins, and New Line Cinema. The team has yet to announce a premiere date, but Amazon Studios head Jennifer Salke is targeting a 2021 release.