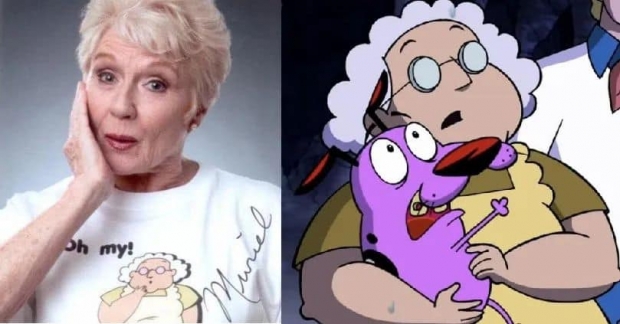 Thea White, who voiced the beloved Muriel Bagge on Cartoon Network’s Courage the Cowardly Dog, passed away Friday July 30. She was 81.

In a Facebook post, her nephew Brad Zitzner shared, “Sadly we lost our legendary Feefer (the voice of Muriel) on Friday morning after she fought hard with courage to try to beat her liver cancer and to resume life or to die trying. (She ended up with an infection after cutting out the damn cancer).”

White began her career on the stage, but her work as a voice actor didn’t begin until after she retired and became a librarian. She was approached to voice the sweet Scottish Muriel Bagge for Cartoon Network; White voiced Muriel in all 52 episodes of the series’ four season run from 1999-2002. Scooby-Doo! Legend of the Phantosaur (2011), the video game Cartoon Network Racing (2006) and the short The Fog of Courage (2014) used her talent as well.