Cartoon Network to Release Season 2 of ‘Courage the Cowardly Dog’ 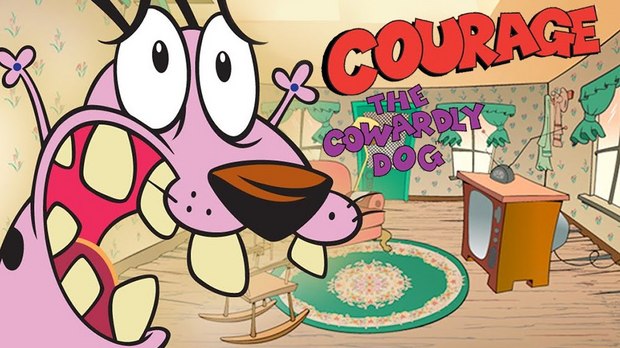 Courage’s adventures in cowardice continue in the complete second season of this hair-raising series. Life is never normal in Nowhere (Kansas that is), home of Courage and his beloved owners Muriel and Eustace – also home to all sorts of villainous freaks and oddities! The strangeness doesn’t let up in these 13 unreal episodes. In each adventure, our hero must face his fear to: save the dying sun, win a break dancing battle against an insecure robot and capture an opera-loving sea serpent, to name but a few!  Don’t be afraid, this two-disc collection is stuffed with the absurd haunts and hilarity that only Courage can provide!

Courage the Cowardly Dog originated from a short on Cartoon Network's animation showcase series created by Hanna-Barbera president Fred Seibert, titled "The Chicken from Outer Space." The segment was nominated for an Academy Award in 1996, and Cartoon Network commissioned the series based on the short. 2.    The Curse of Shirley / Courage In the Big Stinkin' City

9.    Serpent of the Evil River / The Transplant