Screenings of the feature, based on the popular children’s book series, will include a bonus introduction and interview with the director. 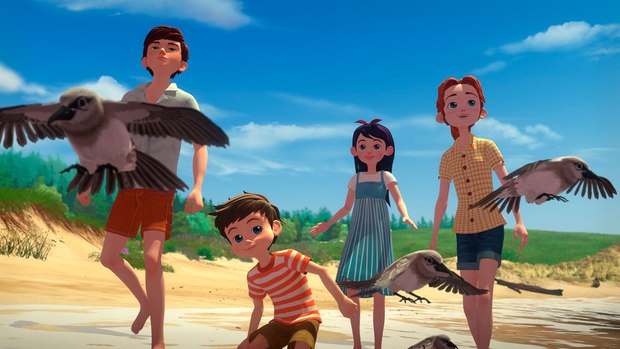 Fathom Events will present May 8 special screenings of ‘Boxcar Children: Surprise Island’ at theaters across the United States.

DENVER -- Boxcar Children: Surprise Island, based on the second book from the series by Gertrude Chandler, will premiere in more than 650 U.S. cinemas for a one-day-only event May 8 at 4 p.m. local time.

This full-length move features the voices of Martin Sheen, J.K. Simmons, Griffin Gluck, Joey King and Dane DeHaan. In addition to the feature content, audiences will be treated to an exclusive introduction from Gluck and, following the feature, producer and director Dan Chuba will explain the process of adapting the book to film and the animation methods.

Tickets for Boxcar Children: Surprise Island can be purchased at www.FathomEvents.com or at participating theater box offices. For a complete list of theater locations, visit the Fathom Events website.

Boxcar Children: Surprise Island is based on the second book in the series by Gertrude Chandler and tells the story of the Alden children, who spend a summer living on their grandfather’s small, nearly uninhabited island. There they meet Joe, who is friendly and helpful, and inexplicably living on their island. Does their new friend have a secret?

“What I like best about the Boxcar Children books and Surprise Island in particular, is how the kids seem to effortlessly appreciate life as it happens,” Chuba says. “The vegetables they eat taste better because they tended the garden themselves. They make daily chores more fun by doing them together. They wonder at and explore the nature that surrounds them on the little island, experiencing and sharing their world in a series of small, beautiful moments.”