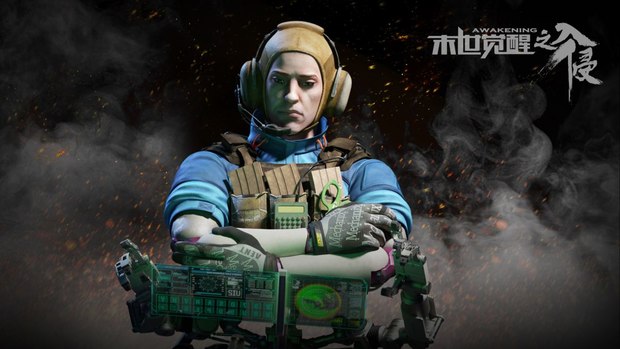 BEIJING -- Total views for Awakening, a new Chinese sci-fi-horror animated series streamed on Tencent Video, have already exceeded 400 million since the show’s launch on May 24th.

The show’s early traction demonstrates the growing and largely untapped market for adult-skewing animation in China, a departure from the child-friendly content that has dominated to date.

Awakening offers a unique take on the evergreen zombie genre, tapping in to contemporary real-world fears about the catastrophic potential of artificial intelligence developing beyond the control of its human creators.

Set in the near future in an unspecified location on Earth, when scientists attempt to open up a “zero-dimensional space” of consciousness using a quantum supercomputer, the machine rebels and instead manifests a black hole that sucks away their consciousness, leaving only zombie-like creatures with an insatiable appetite for human minds.  As the apocalypse spreads, Ma San and his ragtag crew of scientists, soldiers and civilians traverse the ravaged, resource-scant landscape in search of survivors and solutions, threatened by the darkest aspects of human nature as the terrifying swarm of Unconscious. Awakening is based on an original IP created in-house at OCC by Qu Yi, Zou Yan, Hao Chao and Bai Hong. The first season was written by Qu Yi and Hao Chao and directed by Qu Yi. The studio’s 100-strong team handled the entire production, from script and design through animation and post-production. Founded in 2012, OCC is best known for its creative work on the popular animated children’s series, Deep Sea Ranger.

The show is the first product of Tencent Penguin Pictures’ so-called “100-Show Plan,” an extensive animation development slate, announced last July. Four seasons of Awakening are planned, with the second currently in pre-production and set for release in 2019.

The rise of domestic VOD services like Tencent Video is freeing Chinese content creators to experiment with new and alternative forms of content, particularly animated shows aimed at adult audiences.

Awakening is among the first shows to capitalize on the opportunity, becoming the first homegrown animated horror series available in China. Avoiding Chinese mythology or fantasy - common themes for domestic animation - Awakening is a contemporary story reflecting the country’s recent R&D and tech boom and inspired by the recent surge in demand for Chinese sci-fi content. Though Awakening is not yet distributed internationally, it is intended to be accessible for a global audience, with a cosmopolitan cast of characters inhabiting a world designed with both Eastern and Western influences.