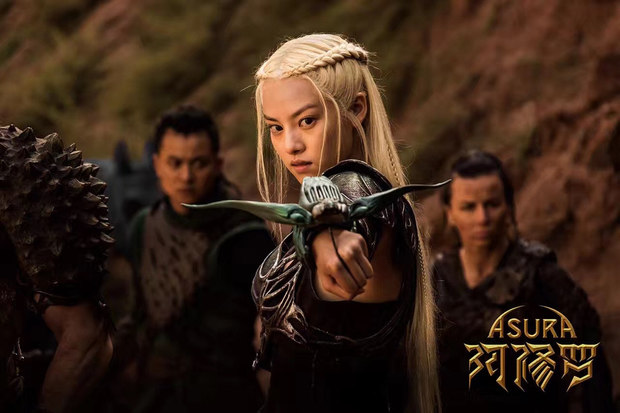 Asura, an epic fantasy adventure billed as the most expensive Chinese movie ever made, has been pulled from release by its financiers after just three days in theatres in the face of critical audience response and a meager $7.1 million box office take, according to a simple announcement made on the film’s official Weibo account. The $113 million production, based on ancient Buddhist mythology, is about a young shepherd’s quest to save Asura, the godly dimension of pure desire, from a potential coup launched in a lower heavenly kingdom.

According to the South China Morning Post, the film’s main producers, Jack Ma’s Alibaba Pictures, Zhenjian Film Studio and Ningxia Film Group, together stated they wanted to extend their “deepest apologies to viewers who did not get a chance to watch the film, as well as to all the Chinese and international participants who were involved in its production over the past six years.”

While reasons for the film’s poor showing are up for debate, the most interesting culprit is the one the film’s backers have put forward: sabotage. The Hollywood Reporter has posted that Asura producers are now alleging the film’s opening was victimized by an aggressive “water army” attack, where ghostwriters are hired to flood social media sites with fake negative reviews. They claim they discovered a large number of 1/10 reviews posted via fake accounts on Maoyan, the Tencent-backed mobile ticketing app, and in a social media post, questioned the platform’s integrity and said, “Whoever is behind this is dirty, stupid and ridiculous.”

While the Chinese entertainment industry debates the actual influence of such disputed social platform trolling, the actual reason for the film’s quick demise might be something much simpler: tough competition. Audiences vote with their wallets, and two other critically acclaimed films, the holdover box office champ Dying to Survive, which added $69 million for an 11-day cume of $366 million, and new release Hidden Men, which grossed $46.2 million in its opening weekend, generated big numbers by comparison.