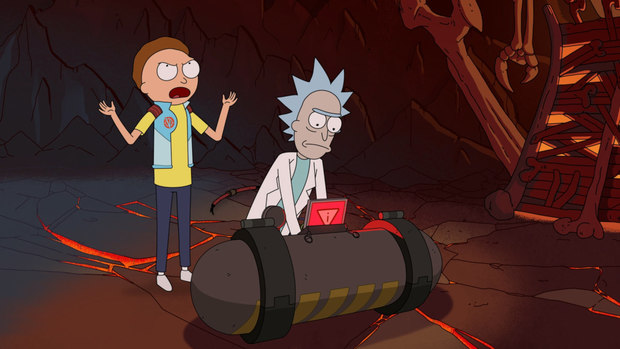 ‘Rick and Morty’ co-creator Dan Harmon has apologized for a 2009 sketch comedy video that just resurfaced, showing his character sexually assaulting a baby.

Rick and Morty and Community creator Dan Harmon issued an apology Monday for an old comedy sketch video that resurfaced where his character sexually assaulted babies. In a statement widely reported in the trades, Harmon said, “In 2009, I made a ‘pilot’ which strove to parody the hit Showtime series Dexter and only succeeded in offending. I quickly realized the content was way too distasteful and took the video down immediately. Nobody should ever have to see what you saw and for that, I sincerely apologize.”

The video in question, “Daryl,” was a 2009 sketch originally posted on Channel 101, Harmon and co-creator Rob Schrab’s monthly comedy film competition where audiences vote on a set of five-minute “pilots,” with the winners getting renewed for another monthly episode. In Harmon’s pilot, his character, Daryl, a therapist, tries to stop serial killers by going back in time to sexually assault them as infants – in one scene, he breaks into a house and rapes a baby doll.

The “About” page on Channel 101, which details the website’s history going back to 1999, notes that in 2000, “Rob Schrab makes a series of home movies about eating poop and having sex with babies. Dan Harmon, not to be outdone, makes a movie about Chris Tallman coming back from the dead and raping him in the ass.”

In a widely reported Adult Swim statement, the network said, “At Adult Swim, we seek out and encourage creative freedom and look to push the envelope in many ways, particularly around comedy. The offensive content of Dan’s 2009 video that recently surfaced demonstrates poor judgement and does not reflect the type of content we seek out. Dan recognized his mistake at the time and has apologized. He understands there is no place for this type of content here at Adult Swim.”

As of this writing, the network has taken no reported action towards Harmon.

This past January, Harmon was called out for harassment on Twitter by former Community writer Megan Ganz, In a very public apology on an episode of his “Harmontown” podcast, Harmon details a years-long period during which he was attracted to Ganz, when his “flirty and creepy” behavior escalated to full-scale harassment, and in the face of her rejections, abuse.

“I was the one writing her paychecks and in control of whether she stayed or went, and whether she felt good about herself or not, and said horrible things,” Harmon said during the podcast episode. “Just treated her cruelly, pointedly. Things that I would never, ever, ever have done if she had been male and if I had never had those feelings for her, and I lied to myself the entire time about it and I lost my job, I ruined my show, I betrayed the audience, I destroyed everything, and I damaged her internal compass, and I moved on.”

Harmon, who this past May, along with co-creator Justin Roiland, signed a long-term deal with Adult Swim for 70 new episodes of their hugely successful animated series, deleted his Twitter account on Monday in the wake of this latest controversy.