Episodes from ‘Aqua Teen Hunger Force,’ ‘The Boondocks,’ and ‘The Shivering Truth’ have quietly disappeared from the network’s library, and are not part of show libraries licensed to HBO Max. 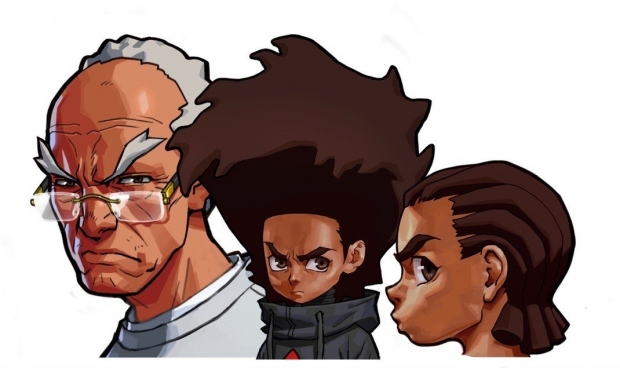 Episodes from the animated series Aqua Teen Hunger Force, The Boondocks, and The Shivering Truth are no longer available for streaming on Adult Swim due to current “sensitivities,” according to an exclusive The Daily Beast report.

The episodes in question are as follows:

The report notes that the omissions of “Jimmy Rebel” and “Shake Like Me” from HBO Max came after the streamer’s two-season reimagined The Boondocks reboot ordered last Fall.

At the time of that announcement, HBO Max stated that series creator McGruder was coming back as series showrunner and executive producer. The new series order of 24 episodes is supposed to launch this fall with a 50-minute special. HBO Max was supposedly launching this past May with the entire 55-episode original series library, now reportedly 54. Like its predecessor, the new series is based on McGruder’s widely syndicated comic strip, “The Boondocks,” which both depicted and presaged the nation’s most roiling cultural issues, earning the author a Peabody Award, and the devotion of fans who see him as both the voice, and the Nostradamus of his generation.

An HBO Max spokesperson told AWN, “These episodes were never available on Max. We didn’t pull them. They were never part of our licensing deal because Adult Swim didn’t include them.” The Daily Beast reports that according to a representative from Adult Swim, they’re not available anywhere because both “Shake Like Me” and “Jimmy Rebel” have been “permanently retired due to cultural sensitivities,” with no date planned for their return to streaming. “When Adult Swim transitions series to a new platform,” the representative clarifies, “we determine what episodes are selected through creative and cultural filters and our standards and practices policies. Oftentimes these decisions are made in collaboration with the show’s creators.”

This representative also revealed that Adult Swim has “temporarily rested” the third episode of Adult Swim’s surreal stop-motion series The Shivering Truth, “Ogled Inklings,” due “to sensitivity around current events.” The publication goes on to note that The Boondocks creator Aaron McGruder, through a representative, declined to comment.

The Daily Beast also reports that Adult Swim opted to “retire” and “rest” these three episodes without releasing an official statement. “Ogled Inkling,” retired due “to sensitivity around current events,” remains available for purchase on YouTube.

Head on over to the Daily Beast for more on this story.