'The Boondocks' Returns to Adult Swim for Fourth and Final Season

Season 4 of the award-winning animated series created by Aaron McGruder to premiere April 21, 2014. 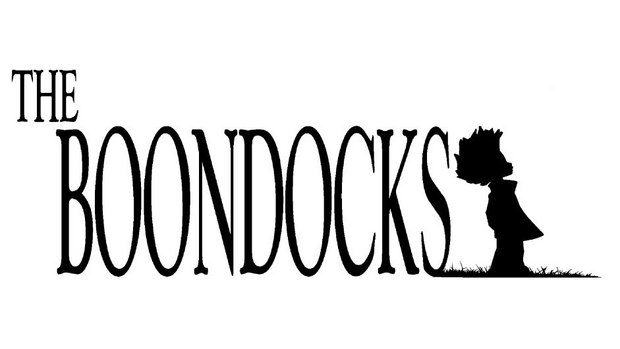 The award-winning animated series The Boondocks returns for its final season on Monday, April 21, at 10:30p.m (ET/PT) on Adult Swim. The Boondocks is produced by Sony Pictures Television. This season was produced without the involvement of Aaron McGruder, when a mutually agreeable production schedule could not be determined.

In The Boondocks, Robert “Granddad” Freeman (John Witherspoon, Friday After Next) is the cantankerous legal guardian of his rambunctious grandkids Huey and Riley (Regina King-Southland and Ray) and has moved them from the south side of Chicago to the quiet and safety of “The Boondocks” (in this case, suburban Woodcrest), hoping that he can ignore them altogether and enjoy the golden years of his life in peace. But Huey, a 10-year-old left wing revolutionary, is determined not to enjoy the affluence of suburbia. This attitude is seconded by his 8-year-old brother, Riley, a proud product of contemporary rap culture. Although they torture each other and provoke the neighborhood, they are no match for Granddad, who is eccentric even by “crazy-ass-old-black-man” standards. Gary Anthony Williams (Boston Legal) as Uncle Ruckus, Gabby Soleil (Johnson Family Vacation) as Jazmine Dubois and Jill Talley (Camp Lazlo) as Sarah Dubois round out the cast, with Cedric Yarbrough (Reno 911!) returning as the voice of fan favorite Colonel H. Stinkmeaner in addition to Tom Dubois.

Since the debut of the first season in 2005, The Boondocks has been one of Adult Swim’s most popular original series. In 2007, the provocative series was recognized with the prestigious Peabody Award for the episode titled, “Return of the King,” in which Dr. Martin Luther King Jr. awakens from a coma and reacts to contemporary phenomena from gangsta rap to the war on terror. In 2005, the series was nominated for a NAACP Image Award in the category of “Outstanding Comedy Series.

-- Visit AWN's Facebook page to view imagery from Season 4 of The Boondocks! --