‘The Boondocks: The Complete Series’ Arrives on DVD June 24 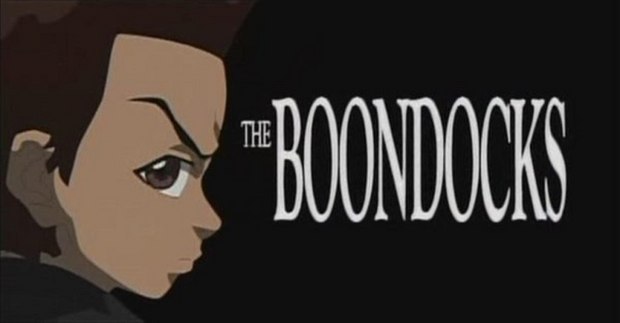 The Peabody Award-winning comedy The Boondocks arrives for the first time as a complete set when Sony Pictures Home Entertainment releases The Boondocks: The Complete Series on June 24. Airing on Adult Swim, this smart, edgy and highly inappropriate series is a must-have for any fan, complete with all 55 uncensored episodes in an 11-disc set, featuring hours of bonus material, including commentary, animatics, video introductions to episodes, and all-new featurettes.

Also available on June 24 will be a standalone DVD of The Boondocks: The Complete Fourth Season, which premiered on Adult Swim April 21 with the show’s highest ratings ever. The first of the all new 10 episodes grabbed 1.4 million viewers in the 18-34 demographic, making it the No. 1 show in that demographic for all broadcast and cable networks that night.  The Season Four DVD will contain two all-new featurettes “Boondocks Beats,” a look into how the series’ music is made, and “A Writer’s Perspective,” featuring Rodney Barnes on his inspiration when writing for the series.