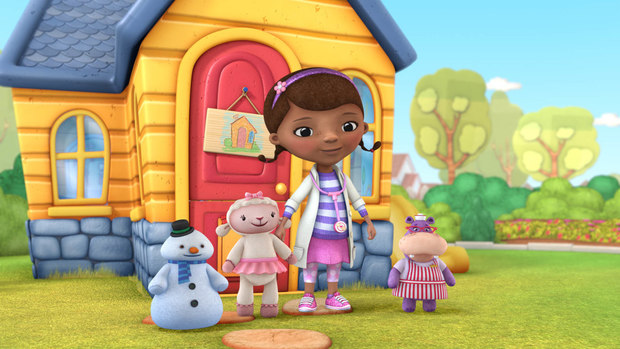 TORONTO -- 9 Story Media Group has announced a number of structural and management changes to its Creative Affairs team, welcoming new additions and promoting top talent to key positions under the new leadership of chief creative officer Angela C. Santomero. The changes to the division have been designed to serve the company’s new scope, with creative in New York at the helm, following its acquisition of Out of the Blue Enterprises earlier this year. Additional changes were made to bolster the leadership of 9 Story’s award-winning studio, Brown Bag Films, its international distribution arm, 9 Story Distribution International, and 9 Story’s marketing department.

“9 Story is a global leader in children’s content and this exceptional team is well poised to take our creative to the next level,” Santomero commented. “Our entire creative team is the best in the business. Together we have created and will continue to create visionary, ground breaking shows for kids that elevate what children’s media is to the world.  Already we have secured high profile creative development projects that we are excited to announce soon.” Changes to Brown Bag Films are as follows:

Changes were also made to bolster the management and creative leadership at 9 Story’s award-winning studio, Brown Bag Films, which works closely with 9 Story’s Creative Affairs team. Darragh O’Connell, co-founder of Brown Bag Films is now group dreative director for the global studio, while Cory Bobiak (Peg + Cat, Xavier Riddle and the Secret Museum), a long-time director at Brown Bag Films / 9 Story Media Group is promoted to the newly created role of creative director (Toronto). Bobiak will report into O’Connell and oversee creative direction within the Toronto studio. Additional promotions include Gillian Higgins to SVP, production (Europe), Louise Cornally to SVP, finance and business affairs and John Brady to VP Production technology. Higgins, Cornally and Brady are based in Dublin and report to Cathal Gaffney (COO).

Changes to 9 Story Distribution International are as follows:

Changes to 9 Story’s Marketing Team are as follows:

9 Story has also made some changes to its marketing department, including promoting Jennifer Ansley to SVP, marketing & communications. Gord Garwood has been promoted to the newly created position of VP creative services, overseeing corporate visual strategy, graphic design and branding. Garwood will be working closely with production and specializing in style guide creation, consumer products and interactive design. He will ensure consistent branding, shared asset creation and resource efficiencies across all platforms. He will be heavily involved in establishing innovative design and approaches for interactive and new product technologies. Garwood will be reporting to Jennifer Ansley and will continue to be based out of the 9 Story U.S. office.