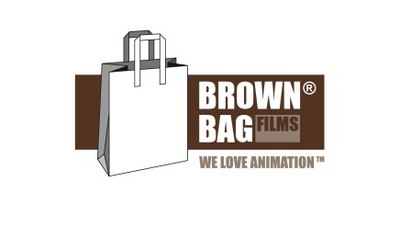 DUBLIN, IRELAND -- Brown Bag Films was awarded the 2016 Shotgun Pipeline Award. Created by Shotgun Software in 2014, the Pipeline Awards celebrate excellence in pipeline tool development, integration, engineering and usage. Brown Bag Films took home the Pipeline Shotty Award, which recognizes excellence in tool development at their flagship studio in Dublin. Shotgun presented the awards at this year’s SIGGRAPH conference, one of the world's most influential annual event in computer graphics and interactive techniques.

Brown Bag Films is known for its rich heritage in 3D animation and content, which includes producing four of the top ten pre-school TV shows in the U.S. and entertaining 100 million kids across the globe. A subsidiary of Toronto based 9 Story Media Group, Brown Bag Films employ almost 200 creative and production staff in its headquarters in Dublin, a studio in Manchester and an office in Los Angeles They are known for producing hit animated children’s series including Octonauts, Doc McStuffins, Bing and Henry Hugglemonster.  The company’s IT department earned a 2015 Tech Excellence Award for IT Project of the Year, and its Manchester facility was recently named one of the most creative companies in England by Creative England. “This is a tremendous achievement for the entire Technology team at Brown Bag Films,” said Louise Nicholls, VP of Technology and Innovation for Brown Bag Films. “We strive to merge the best in creative with the best in technology, and have created some of the most adaptive and innovative animation pipelines in the world.  As part of our integration efforts with 9 Story Media Group, we are currently in the process of rolling out these best in class tools across our 2D studios in Manchester and Toronto as well.”

“Brown Bag Films identified a need to invest in our pipeline and software development team to enhance the studios’ capabilities to deliver high quality 3D and 2D productions in a competitive industry,” said Darren Hyland – Head of Pipeline R&D for Brown Bag Films. “Due to the nature of Pipeline Engineering, a lot of the work done by the team occurs in the background of a production.  This award gives the team the acknowledgment they deserve and we finally get to put some silverware alongside our Production Awards!”