Deal for 757 half hours of animated and live-action content includes current development slate and rights to future seasons. 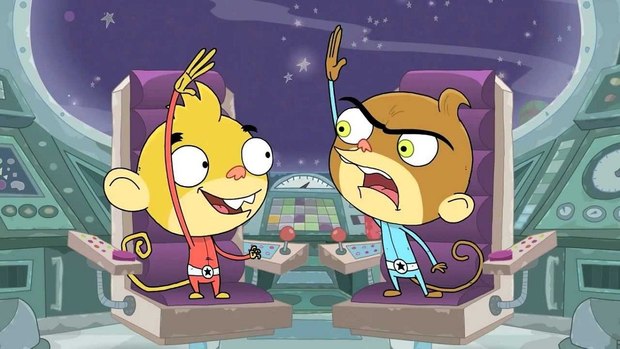 TORONTO -- 9 Story Media Group today announced they have entered into an agreement to acquire Breakthrough Entertainment’s kids and family library and development slate. Under the terms of the agreement, 9 Story will acquire 757 half hours of animated and live-action kids and family content, bringing 9 Story’s total distribution library to more than 3,500 half hours. The transaction is expected to close within the next 30 days. Financial terms were not disclosed.

Breakthrough’s kids and family division was launched on the worldwide success of the series The Adventures of Dudley the Dragon and today the library includes a diversified mix of popular, high-quality animated and live-action content. Properties include animated shows like Rocket Monkeys, Jimmy Two Shoes and Captain Flamingo, book-based properties such as Margaret Atwood’s Wandering Wenda and Gordon Korman’s Bruno & Boots, along with the acclaimed Anne of Green Gables movie series.

“Breakthrough has built an impressive catalogue of popular animated and live action kids and family content,” said Vince Commisso, president & CEO for 9 Story. “The acquisition adds significant depth and breadth to our distribution library, expands our development slate and production opportunities, and solidifies our position as one of the industry’s top suppliers for kids and family content internationally. In particular, the deal increases 9 Story’s live-action offering with top titles like Anne of Green Gables, Bruno & Boots and Max and Shred.”

“Breakthrough is honored to have our award-winning kids content, produced over the last 33 years, become part of 9 Story’s high-quality kids and family library,” said Ira Levy, co-founder and president of Breakthrough Entertainment. “9 Story’s excellence in kid’s media is the perfect fit to continue the legacy of Breakthrough’s kids and family catalogue both domestically and in the international market.”