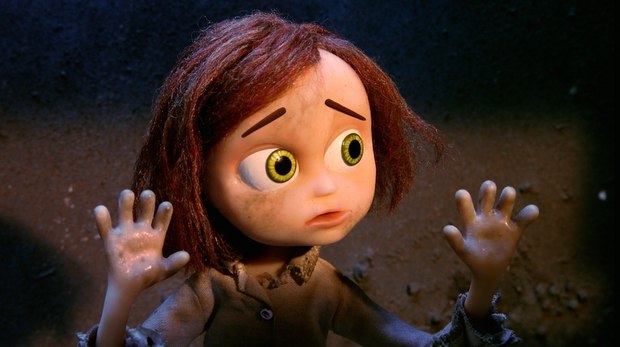 Shot in stereo 3D, Foxed! is about a dark and sinister trip down the rabbit fox hole. Dubbed “a gorgeous nightmarish nugget,” the film’s underlying theme of invisibility expresses concern for the repression and negligence of children in our society.

The film is co-directed and produced by digital 3D filmmaking pioneer Stewart whose credits include the 3D work for Werner Herzog’s acclaimed film, Cave of Forgotten Dreams.

Enthusiastically received at international film festivals in Stuttgart, San Francisco, Annecy and Toronto, Foxed! is a darkly humorous tale about growing up in an environment of parental control in which children are often misrepresented in the eyes of their parents. The animated short was released on iTunes in 60 countries after screening at 90 film festivals worldwide, and has won six awards, including at the San Antonio and Garden State film festivals.

“Beware of what hides behind the mirror,” the synopsis reads. “The menacing 3D, stop-motion world of Foxed! follows young Emily toiling in the mines beneath her house, imprisoned by foxes who have duped her entire town into believing children can be replaced. Emily has to grow up quickly if she is to escape and outwit the foxes at their own game. But her daring attempt to get away is met by a stunning encounter above the ground that leaves her lost and confused.”

Foxed! is currently being developed into a full-length feature film by Geneva Film Co. and Prospero Pictures, which in 2014 acquired worldwide rights for the property, inclusing an animated feature film, television series and virtual reality experience for Oculus Rift.