LONDON -- Christine Losecaat, founder of Little Dipper and a senior business strategy, marketing and creative specialist, has been appointed an Honorary Member of the Most Excellent Order of the British Empire (MBE) for services to the creative industries in the U.K. 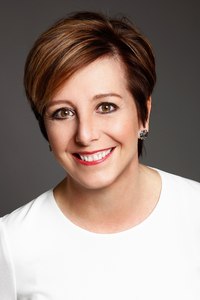 Last year she helped bring to life the U.K.’s must-see Pavilion at the World Expo in Milan and during the London 2012 Olympics was a key part of the success of the British Business Embassy -- the largest series of trade and investment conferences ever held by any government. The project is estimated to have contributed over £15 billion to the U.K. economy.

“I am truly delighted to receive such a prestigious honor for doing what I love best -- bringing together talent with projects that put creative integrity at their core,” said Losecaat, a Dutch national who has been living in London for 20 years. “It is immensely rewarding to help grow a creative concept that both wows an audience and generates a positive return on investment. I want to thank the many great creatives and the many wonderful clients I’ve worked with both in the UK and around the world. Awards are always a wonderfully welcome recognition of effort and going forward a Royal honor will take some beating.”

“Christine gets everyone pulling in the same direction whether they are performers or Ministers of State, SMEs or multinationals,” commented BBC Worldwide CEO and Creative Industries Council International Group global director Tim Davie. “She’s worked across the globe and done an enormous amount to make the UK creative industries a global success story.”

Losecaat is also active in her charity work as Vice Chair of Advance, a leading charity helping women and children affected by domestic violence, and as a Trustee at Peace Child International, which is focused on youth employment and entrepreneurship. She is an Honorary Fellow of the British Institute of Interior Design and has advised on the UK’s Creative Industries International Strategy for over a decade.

Losecaat founded Little Dipper in 2001, a consultancy that specializes in international strategy and client side creative direction. She began her career at Cream Advertising, worked at BMG Entertainment and was previously Managing Director of the British Design Initiative. She lives in London with TV producer & director Simon Ludgate.