‘The Simpsons,’ ‘Bob’s Burgers’ and ‘Son of Zorn’ Premieres Coming This Sunday 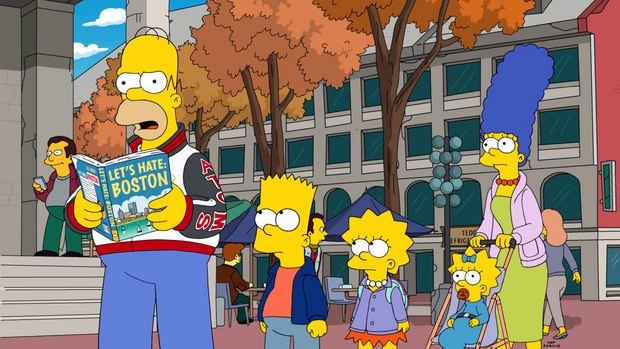 Sunday is the day for fans of snarky, irreverent and non-PC animated fare as new seasons get underway for Fox series stalwarts The Simpsons and Bob’s Burgers, alongside the series premiere of the new “fish out of water then impaled on pike” Phil Lord and Chris Miller hybrid live-action / animation series Son of Zorn.

The show Time Magazine referred to as the “Best Show of the 20th Century,” The Simpsons returns for its unprecedented 28th season with “Monty Burns’ Fleeing Circus.” When Springfield is burned to the ground, the Simpsons beg Mr. Burns to fund its rebuilding. Burns agrees – with one condition: he gets to put on a variety show at the Springfield Bowl. Loren Bouchard’s Bob’s Burgers, the 2014 Emmy Award winner for Outstanding Animated Program, opens its seventh season with “Flu-ouise,” where daughter Louise, sick in bed with the flu, spirals into a crazy fever dream. Defender. Destroyer. Dad.  That’s Zorn. From executive producers Phil Lord and Christopher Miller (The LEGO Movie, 21 Jump Street), and featuring the voice of Jason Sudeikis (The Last Man on Earth, Horrible Bosses, We’re the Millers), Son of Zorn is the newcomer to the Fox animated series family, a live-action / animation hybrid adventure comedy about a ham-fisted He-Man-ish warrior from a secluded island in the Pacific  – where everything is animated – who returns to Orange County, CA, to win back his live-action ex-wife and disaffected teenage son. The series premiers with “Defender of Teen Love.”