The Mouse House may have a 2D animated feature in the works with an upcoming adaption of Bluebeard, the French folk tale about a murderous aristocrat and his scrappy fiancé who refuses to be defeated. 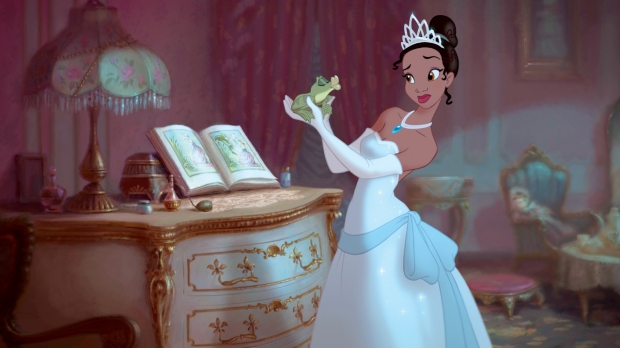 Some sneaky little fairies have been spreading the word around town that Disney may be returning to 2D hand-drawn animation with an upcoming adaption of Bluebeard. While 3DCG animated films such as Frozen, Tangled, and Moana are undeniable crowd pleasers, the nostalgic appeal of traditionally animated features should prove popular, and find welcoming audience arms. Disney’s last 2D film, 2009’s Princess and the Frog, was a huge hit, but that was 13 years ago. However, TV animation is still hugely 2D-centric – and popular - so the style remains not only still relevant, but beloved.

Bluebeard, based on the French folk tale, follows a wealthy man with a penchant for marrying beautiful young ladies that ultimately disappear. When the dastardly aristocrat again becomes engaged, his new bride-to-be is determined to survive. After discovering a room filled with the corpses of previous Mrs. Bluebeards, the witty fiancé finds a way to outfox the murderer with the help of her sister. While this may seem a menacing story, the studio is no stranger to taking dark fairy tales, such as Hans Christian Andersen’s The Little Mermaid, and slapping on a Disney smile.

And don’t forget, Disney legends Eric Goldberg and Mark Henn recently shared with AWN that while they can’t tell us what’s in store, there are 2D projects lined up at the studio.

Though very much still a rumor, a 2D Bluebeard is an exciting one; hopefully we will hear more at the upcoming D23 Expo beginning September 9.  Are you ready for a 2D animated murder mystery?