Now word yet on whether it’s a live-action or animated, but the upcoming feature will loosely follow the classic Hans Christian Andersen tale ‘The Princess and the Pea,’ and may premiere November 22, 2023. 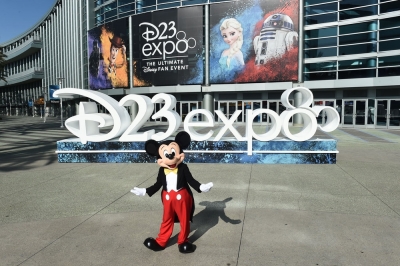 Oh my oh me, it’s a musical about a pea! Deadline recently revealed that the musical comedy Penelope, which will loosely follow the classic story of “The Princess and the Pea,” is in development at Disney. For those not in the know, the Hans Christian Andersen fairy tale follows a feisty princess that cannot get a wink of sleep due to a small pea under her increasing number of stacked mattresses. Pea has already been adapted into the Broadway play Once Upon a Mattress, also a musical comedy starring Carol Burnett with music by Mary Rogers and lyrics by Marshall Barer

Currently on board the mattresses are Robert Sudduth (Zoey’s Extraordinary Playlist, Grease: Rise of the Pink Ladies) to pen the script, Will Gluck (Annie, Peter Rabbit) to produce under the Olive Bridge Banner, and Ingrid Michaelson and Larry O’keefe to serve as singer/songwriters.

While not much else is known of Penelope, according to Disney’s release calendar, there is an untitled Walt Disney Animation Studios film set to premiere on November 22, 2023. However, it has not been revealed whether the feature will be live-action or animated – given Sudduth and Gluck’s live-action history, we’re leaning that way. Perhaps we’ll hear more at the upcoming D23 Expo, beginning September 9. Does that pea-que your interest?