Australian visual effects studio standardizes on Solid Angle’s Arnold as its primary production renderer with a dramatic increase in efficiency. 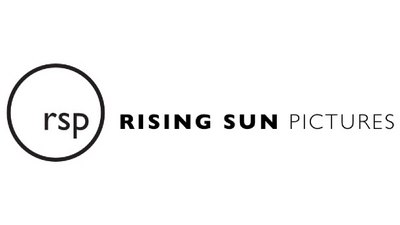 Madrid and London -- Solid Angle SL announced that Australian visual effects studio Rising Sun Pictures (RSP) has standardized on Arnold as its primary production renderer. The studio made the move to Arnold after realizing a dramatic increase in production efficiency and improvement in image quality while evaluating the software in production on a major feature film.

“We were having continual problems with render capacity,” said RSP President and Head of Production John Carey. “Our load just kept going up and we were spending a lot of time and money optimizing renderers and buying more machines. We didn’t want to just throw money at the problem; we wanted to fix it. We brought Arnold in for an eval, right in the middle of production. In the end Arnold gave us exactly what we needed: performance, look, a rich set of shaders, and ease of integration into our pipeline.”

RSP is known for its VFX work on Gravity, X-Men: Days of Future Past, Prometheus and other top features. The studio evaluated Arnold and other rendering software on an upcoming feature with mainly photorealistic work that required accurate light transport integrated seamlessly with live action plates, along with creative requirements from the director that were not entirely photo real, but equally challenging.

“With Arnold we were able to integrate all of those elements seamlessly. We had more control over the render so integration and comp were considerably simplified. Our first lighting pass just looked better out of the box,” said Carey.

“The development team worked actively with us to solve integration problems,” added Carey. “We’d put tickets in and they turned them around like they were in-house developers. They’re much more like a production partner than a vendor.”

As its primary production renderer, Arnold is now being used on three features and one TV show at RSP.

Carey concluded, “While it would have been ideal to have moved to Arnold between shows, there really is no ‘between shows’ in a busy production facility. While it wasn’t painless to make the switch mid-production, with Arnold it was successful. With the other options we tested it simply would not have been practical.”

“Working with RSP has been fantastic,” said Solid Angle founder Marcos Fajardo. “They have pushed our integration with Houdini further than any other studio and helped us advance it significantly. Their work is world class and we’re honored that they have chosen Arnold.”