The stop-motion animated Chef welcomes live-action celebrities to chat it up about food and friendship; show premieres in September on Nick’s preschool platforms in the U.S., as well as Nickelodeon and Nick Jr. channels. 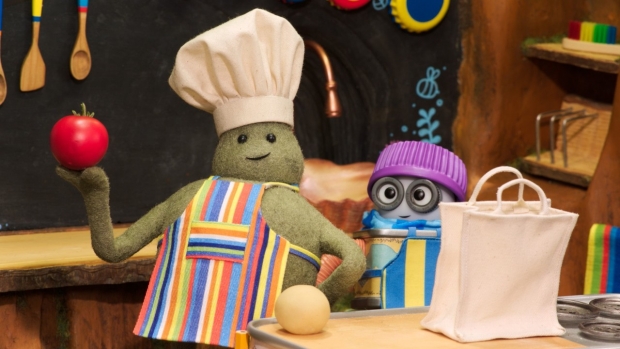 Nickelodeon’s new stop-motion animated series The Tiny Chef Show follows the titular social media sensation and herbivore as he introduces and cooks new recipes for the world’s tiniest plant-based dishes from his tree-stump home. Produced in association with Imagine Kids+Family and Nickelodeon Animation, the show premieres September 9 on Nick’s preschool platforms in the U.S., as well as Nickelodeon and Nick Jr. channels

In the season premiere, “Pancakes/S’Mores,” Tiny Chef makes pancakes but loses his confidence when he breaks his special lucky pancake-flipping spatula, but with some help from his friends, Chef whips up something new for a campout and overcomes his fear of the dark.

Nickelodeon has shared a trailer and images - check out what’s cooking:

Chef dishes up something new for each episode with the help of his friends: Olly, a practical and excitable robot; Ruby, his beloved caterpillar pet, friend; Henry, a loyal and loving snail; and Stump Band, the show’s very own house band consisting of a fork, spatula, and spoon,