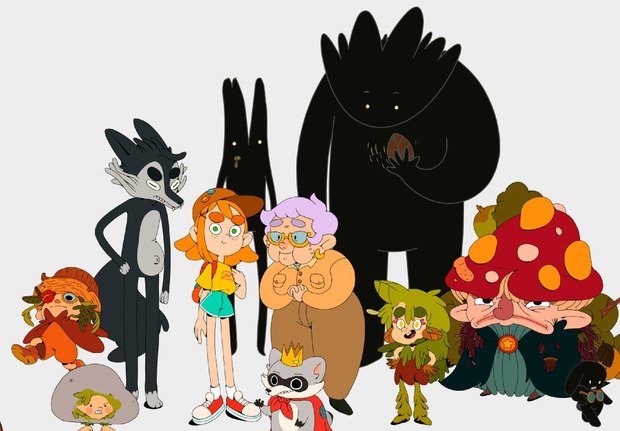 The Pixelatl Association’s El Festival -- Mexico’s leading event linking students and professionals in animation, comics and video games to the international marketplace -- has wrapped its 2018 edition, handing out awards for best animated series, short film, student short, and comic, as well as the new Girl Power: Pitch Me the Future Award, presented in partnership with Cartoon Network.

Running this year September 4-8 in Cuernavaca, Mexico -- about an hour outside of Mexico City -- El Festival was first launched in 2014, and has since grown to become the premiere event of its type to represent a booming industry.

As one of the highlights of the festival, Pixar Animation Studios’ Lee Unkrich was awarded the Chinelo in Animation career achievement award, which last year was given to Oscar-nominated stop-motion director Henry Selick. Visual effects pioneer Phil Tippet received the award in 2015.

The juries for this year’s El Festival featured industry professionals such as Paul Harrod, production designer on Isle of Dogs; Gabriel Osorio, director of the Oscar-winning animated short Bear Story; and Steven Universe and Regular Show writer Kat Morris and art designer Hilary Florido, in addition to major studio and broadcast executives such as Netflix director of content Aram Yacoubian and Amazon Studio development executive Aaron Davidson, among many others.

La Noria (The Ferris Wheel), directed by Carlos Baena and produced by animation and VFX producer Sasha Korellis, took home the award for Best Animated Short. The 3D animated short, inspired by films such as J.A. Bayona’s The Orphanage or Guillermo del Toro’s Pan’s Labyrinth, displays the director’s roots in his native Spain. Trevor Jiménez’s Weekends, which has been picking up buzz on the festival circuit, was given a special mention.

The full list of 2018 Pixelatl Winners is shown below: