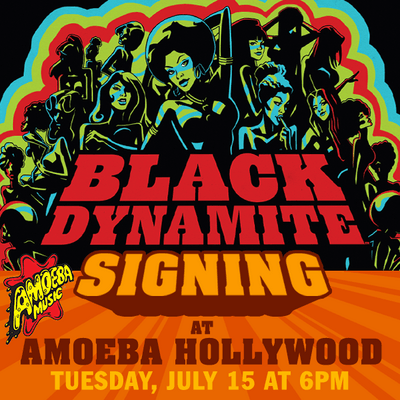 In anticipation of Adult Swim's Black Dynamite: Season One debuting on Blu-ray and DVD July 15th, there will be a signing event at Amoeba Music in Hollywood with filmmakers and voice talent from the top-rated Adult Swim TV series and 2009 live-action film.

The 30-minute animated series will be back in October for a second season on Adult Swim. Based on 2009’s critically acclaimed feature film, the animated series further chronicles the exploits of the central character, Black Dynamite, and his crew.