Box Office Report: ‘Dawn of the Planet of the Apes’ Rules with $73M Debut

Even with box office revenue down from last year, the debut of ‘Dawn of the Planet of the Apes’ pushes Fox to become the first major Hollywood studio to cross the $1 billion mark in 2014 domestic ticket sales. 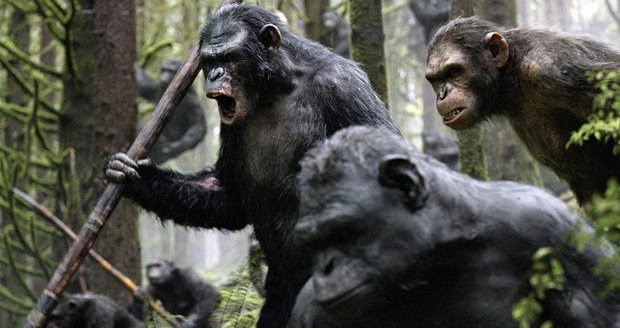 Directed by Matt Reeves, Dawn of the Planet of the Apes features Andy Serkis returning in the role of Caesar the ape, who has decamped to the forests of Marin County with hundreds of other genetically evolved apes and primates. When they are threatened by a band of humans who have survived a worldwide plague, a fierce divide erupts asking whether peace can be restored, or whether war is the only way to determine who will emerge as Earth's dominant species.

Internationally, Dawn of the Planet of the Apes opened to $31.1 million from its first 26 territories for a worldwide total of $104.1 million. Developed and produced by Chernin Entertainment, the sequel was financed by Fox at an estimated $170 million.

Even with box office revenue down nearly 24 percent from the same weekend in 2013, on Sunday Fox became the first major Hollywood studio to cross the $1 billion mark in 2014 domestic ticket sales, the fastest the studio has ever reached this milestone.

Coming in second place at the North American box office was Paramount holdover Transformers: Age of Extinction. Now in its third weekend out, the tentpole grossed $16.5 million in domestic sales for a total of $209 million. Internationally, Transformers continues to surge, grossing another $102 million for an international total of $543.5 million and global total of $752.5 million.

Melissa McCarthy's R-rated Tammy came in third place for its second weekend out, grossing an additional $12.9 million for distributor Warner Bros. for a domestic total of $57.4 million. New Line made the movie for $20 million.

Sony’s 22 Jump Street, now in its fifth week at the box office, came in fourth place, taking in $6.7 million for a domestic total of $172 million.

Now in its fifth week at the box office, DreamWorks Animation’s How to Train Your Dragon 2 rounded out the top five films for the second week in a row, earning $5.9 million for a domestic total of $152.1 million. Overseas, the animated sequel added $34.4 million for an international total of $197.5 million and a worldwide tally of $349.6 million.

In sixth place, Relativity’s Earth to Echo brought in an additional $5.5 million for its sophomore weekend, pushing the found footage film’s domestic total to $24.6. Relativity paid $13 million to acquire the movie from Disney and do reshoots.

Sony supernatural horror film Deliver Us From Evil, directed by Scott Derrickson, came in seventh place for its sophomore weekend, taking in $4.7 million for a total $25 million.

The Weinstein Company’s Begin Again came in ninth place, taking in $2.9 million over its third week at the box office for a total of $5.3 million.

Rounding out the list at number 10, Clint Eastwood's Jersey Boys took in $2.5 million over its fourth weekend at the box office for a total of $41.7 million.