Five new shorts to launch May the 4th prior to second season premiere. 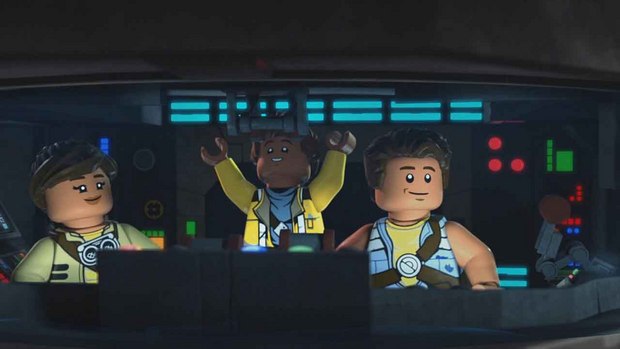 Photos courtesy of The LEGO Group and Lucasfilm Entertainment Company.

Disney XD will premiere season two of its popular animated comedy adventure series Lego Star Wars: The Freemaker Adventures this summer. Recently nominated for four Daytime Emmy awards, the series will continue the story of the Freemakers as they join the Rebellion in their fight against the Empire. At the end of the first season, the Freemaker family found a new home with the Rebel fleet. Their new circumstances bring them face to face with brutal Imperial forces, desperate Hutts, conniving Sith Lords, and the Emperor’s latest plaything, M-OC, a terrifying hunter droid who continually modifies himself to fit any occasion. In response to these threats, Rowan’s powers grow and strengthen until he has a vision of a sleek, invulnerable ship that can save the Rebellion and stop the Empire in its tracks -- the Arrowhead. The catch is, the Arrowhead is a ship only Rowan can build. Once again, it’s up to the youngest Freemaker to save the galaxy.

Prior to the second season debut, five new shorts that fill in the story between seasons one and two will debut May 4 on Disney XD, in celebration of the Star Wars fan-generated “May the 4th Be With You” holiday. A sneak peek at the upcoming season will also be revealed at the Star Wars Celebration in Orlando, Florida in April.

The first season of Lego Star Wars: The Freemaker Adventures ranked among Disney XD’s top-rated animated series during 2016, and to date, has reached over 55 million total viewers across the U.S., including 21 million kids 2-14 and 11 million boys 2-14, and amassed an additional 6 million viewer engagements across digital and social platforms, including Disney XD VOD, the Disney XD app, YouTube and Facebook.