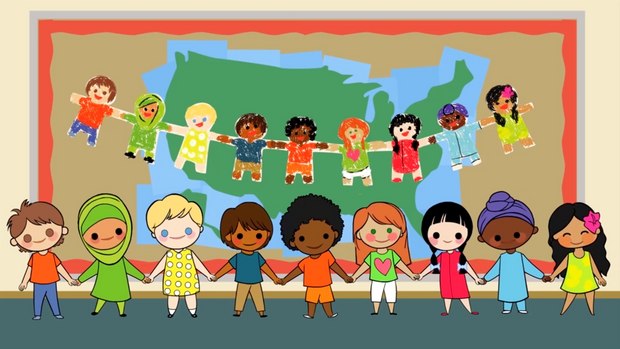 'Our Next 4 Years: Together'

LOS ANGELES -- On the heels of its first two spots, Our Next 4 Years, a new volunteer-run organization of concerned animation professionals formed in the wake of the election, has released four new animated PSAs focused on immigration, reliable media coverage, political redistricting and other constitutional issues:

Our Next 4 Years: End Gerrymandering

Our Next 4 Years: Fake News

Our Next 4 Years: Together

Our Next 4 Years: Reliable Sources

While not affiliated with any particular company, ON4Y members have worked at Disney, DreamWorks, Cartoon Network, Nickelodeon, and pretty much every other studio, big and small. The group’s members include Oscar, Emmy, Annie and Humanitas award winners and nominees. Eager to use the skills of its members to communicate the concerns of a population both worried and energized by the recent election, Our Next 4 Years intends to showcase outstanding animation in the service of a reasoned, informative and entertaining take on issues important to Americans.

Employing varying styles of animation, Our Next 4 Year’s approach is to stay positive, deal in facts, and help move people to action. It’s a mission that is personal to group co-founder Mike Blum. “I’ve never been a particularly political person,” he said about the project. “In fact, until last fall, the most political thing I had ever done was vote. And while I wasn’t particularly surprised by the result of the election, it hurt deeply. And I felt at a visceral level that the world had changed and that if we didn’t resist, the country was very likely to roll back seventy years of progressive gains.”

The group plans to release one new video a week through April, followed by a slew of Earth Day-themed spots in May, and Science-themed spots after that. Learn more about the project at Our Next 4 Years. 'Our Next 4 Years: End Gerrymandering' 'Our Next 4 Years: Reliable Sources'