KingstOON Animation and Film Festival Focusing on Diversity in Animation

Programs organized around the event’s theme include panels ‘Diversity in The Media Industry,’ ‘Black Women in the World of Animation,’ and ‘The Creation of ‘Hair Love’ – From Script to Screen;’ Free online programs kick off on April 21. 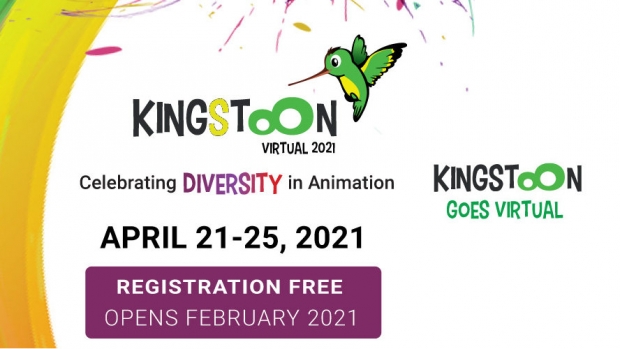 The 2021 edition of the KingstOOn Animation and Film Festival will be held online April 21-25. This year’s theme focuses on diversity in animation. Already a hub for Afrocentric content, the event will extend its reach in 2021 and explore other areas of diversity such as gender and inclusivity. Three sessions have been organized around the themes of diversity and cultural inclusion within the media:

Diversity in The Media Industry:

“The media influences us all from a very early age, the music we listen to, the books we read, the films we watch and the video-games we play – these become our frames of reference and so it is crucial that the characters and messages in media reflect as much as possible the diversity that exists in the world,” noted KingstOOn’ s animation specialist, Robert Reid

Panelists will discuss the subject of inclusion and minimizing disparity in content creation.

Black Women in the World of Animation:

In a field dominated by white males this panel shines a light on the personal experiences of four notable and prominent black women in the world of animation and their commitment to increasing opportunities for women and minorities.

The Creation of Hair Love – From Script to Screen:

A conversation with the production team at Lion Forge about the 2020 Oscar winning story of a father’s struggle with his daughter’s hair in the film Hair Love.

Registration for KingstOOn is free and can be accessed at here.