Submit Your Pitch to KingstOOn Virtual 2021 and Sesame Workshop

Jamaican animators are invited to submit pitches for animated and mixed media shorts for consideration on ‘Sesame Street’s Season 52; proposals must be received by March 31. 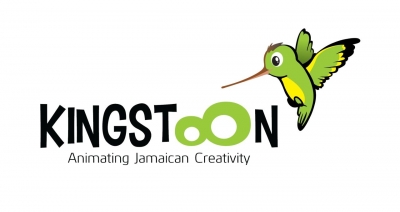 The KingstOOn Animation and Film Festival and Sesame Workshop are calling on Jamaican animators to submit pitches for animated short films to be considered for Sesame Street’s Season 52. The winner will be announced at the KingstOOn Festival, scheduled to be held virtually from April 21-25, 2021.

“Jamaicans have always been credited with a phenomenal flair for creativity, but the fact that a renowned, global production house like Sesame Workshop is looking to tap into the pool of Jamaican animators for content speaks to a wider recognition of the immense talent that resides in the island’s evolving creative sector,” commented KingstOOn animation specialist, Robert Reid.

“Having worked with the KingstOOn Animation and Film Festival for many years, we’ve seen the wealth of amazing local talent and are so pleased to bring new voices and styles from Jamaica all the way to Sesame Street,” added Sesame Street film producer Kim Wright.

The Sesame Street call for pitches for animated and mixed media shorts is open to Jamaican citizens or permanent residents enrolled as students at tertiary or vocational training institutions in Jamaica.

All proposals are due via email by March 31, 2021, by 11:59 p.m. Eastern Standard Time. The winning pitch will be selected shortly thereafter. Pitches, as well as questions regarding the RFP, should be submitted via e-mail to Reid at Robert.Reid@opm.gov.jm. The submission guidelines can be viewed here.

The winner will follow in the path of two Jamaican studios. The first was Listen Mi Caribbean, who, in 2019, landed a deal with Sesame Workshop to produce a live-action short film which aired during Sesame Street’s Season 50. The second Studio was Liquid Light Digital, which was selected from a competitive process to produce a fully animated short film for Sesame Street Season 52.

Information and registration are available here.