In a surprise move, the streamer will drop all 12 episodes - at 12:01 PST on July 29 - of its satirical animated series about Prince George and his British royal family, which had been put on hold to retool following the death of Prince Philip earlier this year; official trailer and key art also released. 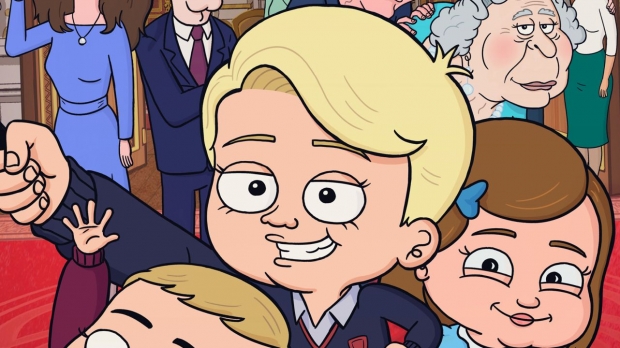 HBO Max has released the official trailer and key art for the 2D animated comedy The Prince, created by Gary Janetti (Family Guy). The satirical animated series that follows a sassy Prince George and his British royal family was respectfully put on hold following Prince Philip’s death earlier this year, as according to a source, “[the show] does not portray the husband of Queen Elizabeth in the most flattering of ways.”

But that was then, and this is now. Tonight, at midnight PT (Thursday, July 29), the streamer is dropping all 12 episodes of the series, a satirical take about the imagined inner workings of the royal family seen through the eyes of an animated Prince George, the youngest heir to the throne, who spills all the royal “tea” on his family, followers, and the monarchy. Featuring a star-studded voice cast, the series is an outlandishly funny, warm, and one-of-a-kind parody of Buckingham Palace’s residents and staff.

Giggle through the official trailer - the series' poster is shown below: