The Marché du Film and the Annecy International Animation Film Festival have teamed up to present Animation Day in Cannes, a full day dedicated to animation. 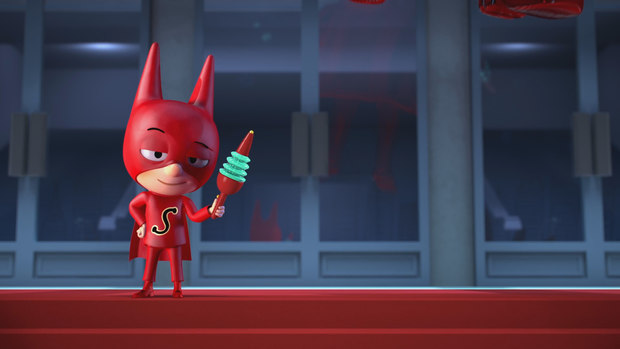 Currently in production at Folivari, ‘Samsam’ is one of five projects to be presented at the fourth edition of Annecy Goes to Cannes.

The Annecy International Animation Film Festival is collaborating with the Cannes the Marché du Film to present Animation Day in Cannes, presenting five animated feature films currently in progress as part of the festival’s fourth edition of Annecy Goes to Cannes. Animation Day in Cannes will be held on Sunday, May 19, 2019 beginning at 9:30AM at the Olympia Cinema, 5 rue d’Antibes, Olympia theatre 1. “With the evolution of some models of distribution, we are seeing a higher level of permeability between different cinematographic genres,” said Jérome Paillard, Executive Director of the Marché du Film. “There are a number of sales agents, distributors and producers who are now interested in animation -- and not only animation for children. I immediately wanted to partner with the Annecy Festival for this day, whose expertise in this domain is unparalleled.”

“I can only revel in this initiative that enables our two entities to bolster the visibility of animated films at Cannes, and to support this marvelous dynamic experienced by animation feature film,” added CITIA CEO Mickaël Marin. “I am very grateful to Jérôme Paillard and the Marché du Film de Cannes for this collaboration that enables diverse professionals to seize the opportunities of an art that is constantly pushing boundaries.”

Aimed at distributors, investors and sales agents in attendance at Cannes, presentations will include exclusive first looks at images, animated sequences, trailers and other artwork from the films, followed by panel discussions with the filmmakers. The event also includes a panel discussion, “The A-Z game plan to releasing adult animated films for the big screen,” which includes producers, international sellers, distributers and operators, and addresses best distribution and marketing practices to help support a feature film aimed at adult audiences in theaters. This panel begins at 11:30 AM in the salle Olympia 1.

A list of the five films to presented at the fourth edition of Annecy Goes to Cannes is shown below: Bob Spit – We Do Not Like People – Brazil – in production
With Cesar Cabral (director) and Ivan Melo (producer, Coala Filmes) in attendance.