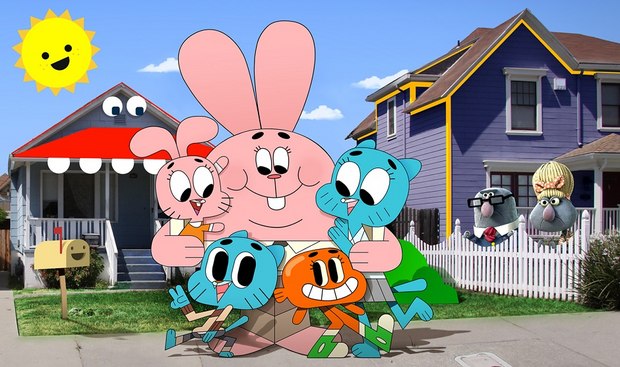 The Amazing World of Gumball tells the story of an extra-ordinary suburban family who just happen to live in an ordinary town. The series follows the misadventures of 12-year-old Gumball and his family in the wonderful little town of Elmore. Along with Gumball and Darwin there’s Dad, a 6’4” pink rabbit who stays at home while Mom works in the rainbow factory and Anais, a 4-year-old genius bunny. Gumball faces the trials and tribulations of any 12-year-old; like being chased by a rampaging T-Rex, having a robot steal his identity or dressing as a cheerleader to impress the girl of his dreams.