Cartoon Italia Speaks Out Against France 4 TV Channel Shut Down 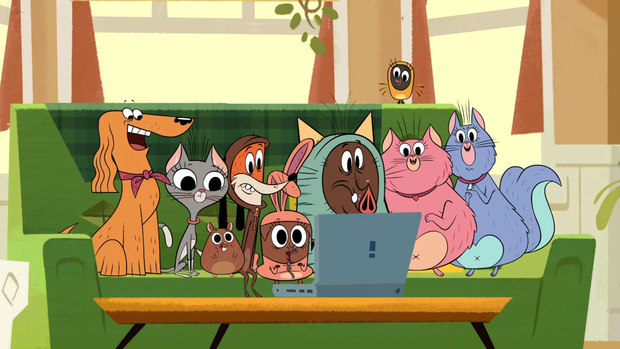 Cartoon Italia, the Italian association of animation producers, has issued an appeal in support of France’s animation industry, responding to French Culture Minister Françoise Nyssen’s June announcement that France 4, the country’s sole ad-free TV channel providing kids and family programming, would be shut down in 2019 and migrated to digital distribution. “From the world of Italian-made cartoons, this is an appeal in solidarity with French producers against the French government’s decision to close France 4 -- the only ad-free TV channel dedicated to program for kids and families.

Ministry of Culture Françoise Nyssen announced that programs for children are destined for the broadcaster’s web portal. French animation producers are greatly concerned with this the proposal, which would not only eliminate one of their the most reliable financial partners - but also goes against the successful strategy of other European broadcasters.

In Italy, for instance, the public television broadcaster RAI -- after moving children’s programming to dedicated kids channels Rai Yoyo and Rai Gulp four years ago -- is today the leader amongst all 27 kids channels on Italian TV (12 of them from the US), with a share of 14% for ad-free Rai Yoyo (aimed at 4 to 7 year-olds).

Cartoon Italia, the Italian association of animation producers, expresses its support to the French animation industry, with which it has developed an increasingly profitable collaboration -- leading to many successful international productions.

The time is now right for more alignment of the industrial rules of all the European countries - in particular to face competition from U.S. platforms like Netflix and Amazon. France is the leading country in this process.

Holding the industry and market of French animation back would mean stopping this positive evolution - not just in France, but in Italy and across Europe. Weakening European co-financing would lead to children watching more and more non-European programs and strengthening non-European producers and distributors.”