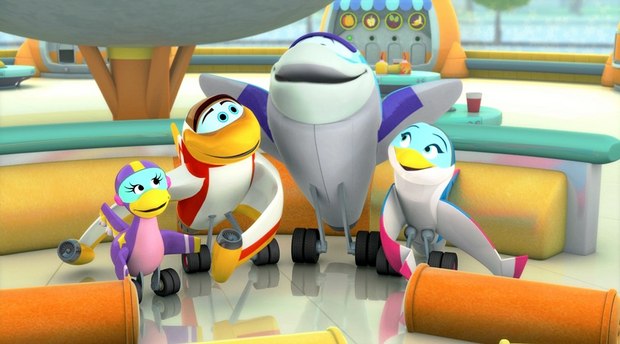 Pre-school animated adventure Space Racers has been picked up by France Télévisions in a deal announced by leading kids’ and family entertainment content distributor CAKE. The show will be broadcast on France 5, debuting June 1, 2014.

Also picking up the exciting CGI series are Scandinavian broadcasters SVT and NRK. While deals have been signed with Minimax covering Eastern Europe and MiniMini+ in Poland. This unique action comedy for preschoolers will be dubbed into various languages, including Hungarian, Czech and Norwegian.

Further deals for the NASA endorsed program have been done with Tiji Russia, Hop! TV, Startimes Media and TV New Zealand. With many more to come as we head into MIPTV.

The premiere of Space Racers on Tiji will be broadcast on the ‘Day of Cosmonautics’, marking the anniversary of the first manned space flight, on the 12th of April 1961 in the USSR.

Edward Galton, CCO & Managing Director, CAKE, “Space Racers encompasses all aspects of a great pre-school program; fun, learning, friendship and adventure, and this is something our broadcasters are really responding to. CAKE looks forward to many more deals to come with this exciting title.”