Critical Role signs overall multiyear TV and first-look film agreement with the streamer; new animated series, being created with Titmouse, is based on the 2nd campaign of the popular ‘Dungeons & Dragons’ web series. 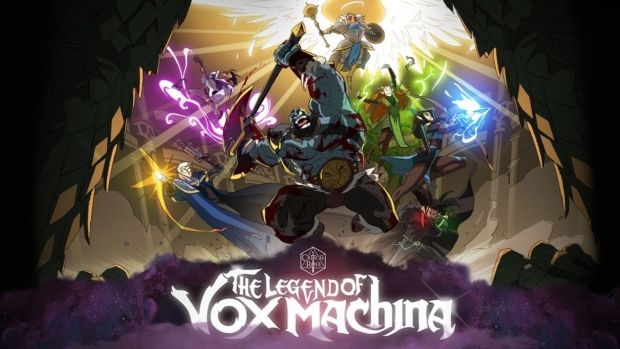 Amazon Studios has inked a multiyear exclusive overall television and first-look film deal with Critical Role, the media company behind the acclaimed animated series, The Legend of Vox Machina.

The agreement kicks off with the greenlight for an all-new animated series, Mighty Nein, based on the Critical Role’s hugely successful second campaign of the “Dungeons & Dragons” web series Critical Role, which aired on Critical Role Productions' Twitch and YouTube channels. The series consisted of 141 episodes, plus last year’s two-part special titled The Mighty Nein Reunited. Check out the new series teaser below.

The Legend of Vox Machina, produced under the media company’s production banner Metapigeon, is produced in partnership with Titmouse. The first season premiered in January 2022 on Prime Video and, according to the streamer, still boasts a 100% critics’ score on Rotten Tomatoes. Season 2 of the series debuted last week following the announcement at New York Comic Con of the Season 3 pickup, which is currently in production.

Mighty Nein follows a group of criminals and misfits who are the only ones that can prevent the kingdom from plunging into chaos when an arcane artifact capable of reshaping reality falls into the wrong hands. The new series will soon begin production and premiere on Prime Video in more than 240 countries and territories worldwide. Critical Role will continue to produce under the Metapigeon banner, developing original television shows, films, and content while partnering on a new slate of projects, both inside and outside the Critical Role universe.

“With the success of our animated series The Legend of Vox Machina, we are looking forward to continuing our relationship with Critical Role and expanding its universe with Mighty Nein,” said Amazon Studios head of global television, Vernon Sanders. “Expanding these iconic franchises for our global Prime Video customers continues to be an ambitious and rewarding journey, and we are eager to see where this new series takes us.”

“Critical Role's livestream campaigns are the spark that lit the flame for our worldwide audience,” shared Travis Willingham, co-founder and CEO of Critical Role. “Seeing the stories and characters from our first campaign come to life in The Legend of Vox Machina was a dream realized, and we are absolutely buzzing with excitement to do it again with Mighty Nein. But with today's announcement, we're confident that the stories we tell will keep expanding into realms of entertainment beyond what we can even imagine.”

Check out the Mighty Nein teaser: