The famed Japanese studio home of venerated director Hayao Miyazaki has posted online a set of 50 high resolution stills from eight of their beloved films, most notably ‘Ponyo’ and ‘Spirited Away,’ with more to come, for fans to use ‘freely within the scope of common sense.’ 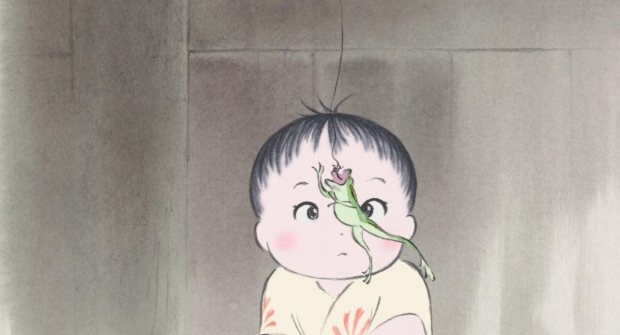 The world may be in disarray, but Studio Ghibli keeps making life just a little more bearable. Their first step was to release many of Hayao Miyazaki’s most iconic films, from Totoro to Princess Mononoke and more, on Netflix and HBO Max. If that wasn’t awesome enough, the Studio then released free Zoom backgrounds for those of us working or attending classes from home during the pandemic. Now, as a completely selfless gift to fans, 400 high quality stills have been released from eight of their movies: When Marnie Was There, The Tale of The Princess Kaguya, The Wind Rises, From Up on Poppy Hill, The Secret World of Arrietty, Ponyo, Tales from Earthsea, and Spirited Away.

All the images can be downloaded on the Studio Ghibli website; be sure to brush up on your Japanese while you’re there. Each collection of stills came with a message from Ghibli producer Toshio Suzuki, stating, “Please use them freely within the scope of common sense.”

Each image is high resolution and can be used for backgrounds or even printed as personal wall art, shirts, or anything else the heart desires. Just don’t use them for profit. That like, wouldn’t be cool, dude. If the first eight movie still releases don’t strike your fancy, images from even more films are on their way. Also be sure to check out the first images for the Studio’s latest film, Earwig and the Witch, their first foray into the fully CGI animated field.