‘Mei and the Kittenbus,’ the Cutest Miyazaki Sequel No One Has Ever Seen

The obscure, delightful animated short film sequel to ‘My Neighbor Totoro,’ released in 2002, chronicles the adventures of a small girl and her mystical feline vehicle friend. 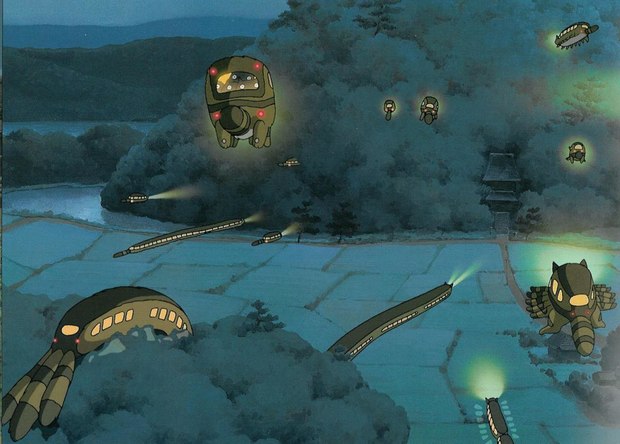 The last 17 years of our lives have been a lie! An animated short sequel to the beloved Studio Ghibli film, My Neighbor Totoro, was released in 2002, nearly two decades ago, and no one knows about it. Mei and the Kittenbus, one of the most adorable film concepts of all time, runs just under 14 minutes long and is a delight from start to finish.  Picking up two months after the events of Totoro, little sister Mei encounters and traps a little “whirlwind,” who turns out to be tiny Kittenbus (child of the infamous Catbus). Both human and feline bond over caramel candies and become fluffy bosom buddies. Through their adventures, Mei meets many other cat vehicles and is even reunited with the King of the Forest himself, Totoro.

If you’re already clicking on Netflix or Crunchyroll to watch this extremely important footprint in cinematic history, put down the remote. It has never been released on DVD, and the only official way to view it is in the Saturn Theatre at the Studio Ghibli Museum in Mitaka, Japan. Kittenbus is one of many short films circulating at the theater, so some serious planning is in order. However, for diehard Miyazaki and cat fans, Mei and the Kittenbus is only one plane ticket, hotel stay, museum visit, and firstborn child away.

Mei and the Kittenbus was written and directed by Miyazaki, with Chika Sakamoto returning as Mei and Hitoshi Takagi (Star Wars Episode V: The Empire Strikes Back, Pokémon) reprising his role for the last time as Totoro. Miyazaki himself contributed his voice to one of the elderly cat spirits.