Renowned BAFTA and César-winning filmmaker has previously been honored at Animafest Zagreb for best animated film for ‘The Three Inventors’ (Les Trois Inventeurs), in 1980, and ‘Azur & Asmar’ (Azur et Asmar), in 2007. 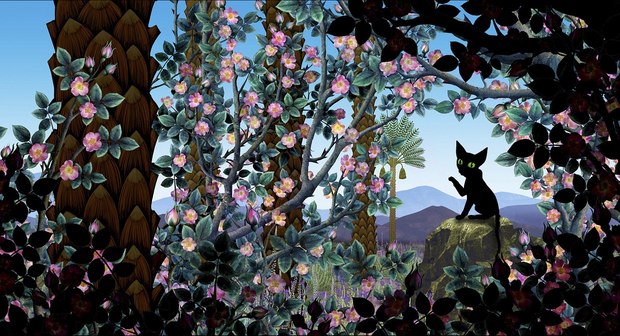 Zagreb -- Organizers of the 25th edition of Croatia’s Animafest Zagreb have announced that Michel Ocelot, the great master of French animated film, will be this year’s recipient of the festival’s Lifetime Achievement Award.

The award will be handed out on June 9 at the official opening of the festival, whose 25th edition this year for the first time merges the short and feature-length animated film program together. The Animafest Zagreb Council, which reached the decision on the award, described Ocelot as a “poet of animation and an explorer of the medium” who is “not only an inspiration, but also a role model to the new generation of animation artists.” Born in 1943, Ocelot is a French writer, caricaturist, animator and animation director. He is a former president of the International Animated Film Association and a winner of the British Film Academy Award and César. At Animafest Zagreb he won the best film award two times: in 1980 for The Three Inventors (Les Trois Inventeurs), his first animated film, and in 2007 for Azur and Asmar (Azur et Asmar).

In 2009, Animafest Zagreb presented Ocelot’s work, comprising films of special atmosphere and aesthetics often achieved by the choice of technique – silhouette animation. His most famous work also includes feature films Kirikou and the Sorceress (Kirikou et la sorcière), Princes and Princesses (Princes et princesses), and Kirikou and the Wild Beast (Kirikou et les bêtes sauvages), while his notable short works include Four Wishes of a Villain and His Wife (Les quatrevoeux du villain et de sa femme) and The Legend of the Poor Hunchback (La légende du pauvrebossu). At this year’s festival edition, the audience will get a chance to see his more recent titles.

Ocelot is equally skillful in different animation techniques and “masterfully combines the artistic, folklore and mythological tradition of Europe and other continents with the imagery and art of the newer period, creating an idiosyncratic blend recognized across the animation world,” claim the Council members. Many of his works are a magnificent proof of the value of simple poetics and confirm his style as one of the most exceptional world animation styles.

The 25th edition of Animafest Zagreb takes place June 9-14 at Europa, Tuškanac and Cineplexx Kaptol Centre cinemas, along with several open-air screenings. The only Croatian A-list festival this year presents an entire overview of the finest recent world animation short and feature production in more than 350 films.