From GKIDS and Shout! Factory, the Annie-nominated animated feature tells the heartfelt story of a shy high school student growing up in the age of Social Media; watch the ‘Making of Belle: The Costumes of Belle and ‘Belle: Official Opening Scene.’ 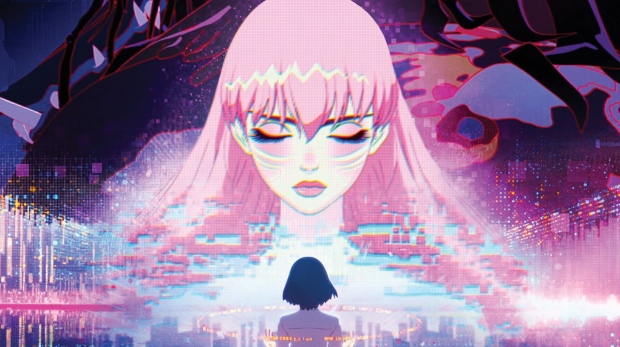 Mamoru Hosoda’s acclaimed animated feature, Belle is now available everywhere on Digital and Blu-ray, as well as a Target-exclusive Steelbook edition. From GKIDS with distribution by Shout! Factory, the Blu-ray + DVD and Steelbook editions’ bonus features include a conversation with Hosoda, the featurettes The Making of Belle, The Music of Belle, Finding the Voice of Belle, Hosoda Draws Belle, and scene breakdowns.

From Japan’s Studio Chizu, the original story is written and directed by Hosoda, whose previous films include Mirai, The Boy and the Beast, Wolf Children, Summer Wars, and The Girl Who Leapt Through Time. Serving as producer is Hosoda’s long time producing partner and Studio Chizu co-founder Yuichiro Saito. The movie premiered at the 74th Annual Cannes Film Festival and was nominated for five Annie Awards including Best Independent Feature.

Digital versions of the film are available both in the original Japanese and as an English dub, and the Blu-ray + DVD combo pack and Steelbook editions contain both Japanese and English versions.

The film, a heartfelt story of growing up in the age of social media, is about Suzu, a shy, everyday high school student living in a rural village. For years, she has only been a shadow of herself. But when she enters “U,” a massive virtual world, she escapes into her online persona as Belle, a gorgeous and globally beloved singer.

*Only available on the Blu-ray disc.

Check out the Making of Belle: The Costumes of Belle: