24th annual event, set for April 2-5, has been pushed to an un-announced future 2020 date because of the worldwide coronavirus Covid-19 pandemic; their Pulcinella Awards competition will be announced next month as planned. 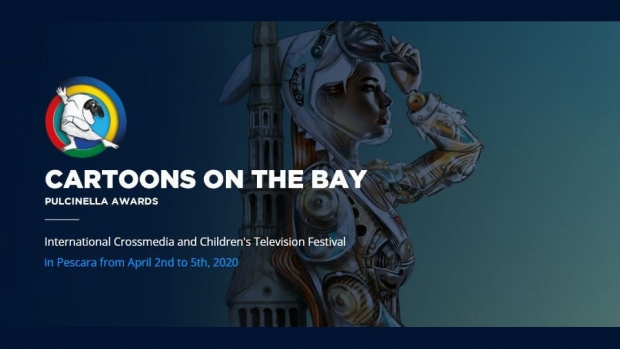 Cartoons on the Bay, the International Cross-media Animation and Children’s Television Festival, has just postponed its 24th edition previously scheduled for April 2-5, 2020 in Pescara, Italy. In a publicly released statement, the organizers wrote:

We are writing to inform you that, g​iven the developments related to the Covid-19 emergency throughout Italy, Europe and the rest of the world, we are forced to postpone the 24th edition of the Cartoons on the Bay Festival scheduled in Pescara from the 2nd to 5th of April 2020.

This difficult decision was made also considering the need of the organizer, Rai Company, to adopt every possible protective health measure for the staff and guests involved in the event.

We will be shortly able to communicate the new dates of the Festival, which will be along this year, but far from this period full of tension and inconvenience.

The festival team, in the meantime, does not stop and is already working to organize an even richer event than the one scheduled for April.

On the other hand, the Pulcinella Awards competition will remain unchanged and will follow the process scheduled for April with the works already regularly registered.

The new festival dates will be announced in the next few days publicly on our website and on our social profiles.

Thank you for your understanding

The festival joins a growing list of events that have postponed or canceled completely their 2020 events, including GDC, GTA and MipTV.