2015 Pulcinella Awards to be held on April 18 in Venice at the 18th edition of Italian international animation festival Cartoons by the Bay. 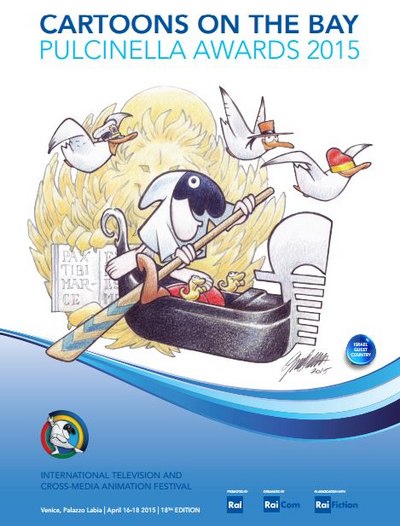 The nominees have been announced for the 2015 Pulcinella Awards at the 18th edition of Italian international animation festival Cartoons by the Bay.

The winners are set to be announced the Cartoons on the Bay festival, which runs April 16-18 in Venice, Italy.

The winners will be announced at an awards ceremony April 18 in Venice, Italy.

Established in 1995 by Gianpaolo Sodano, Cartoons on the Bay is dedicated to television animation and cross-media. Organized by RAI Publishing, the festival’s purpose is to promote the activities of writers and producers from around the world, providing an opportunity to meet with buyers, distributors and television producers.