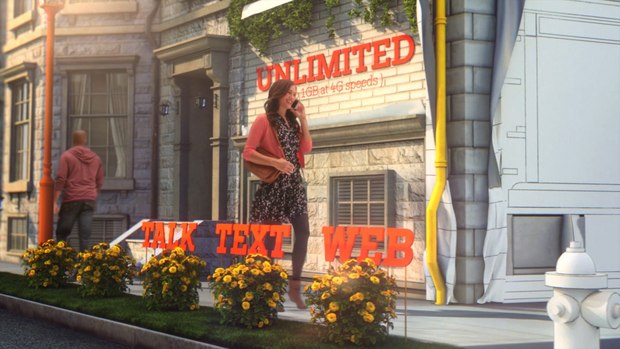 Gentleman Scholar has teamed up with Seattle-based agency WONGDOODY for the media launch of brightspot, Target’s new mobile phone service that launched Oct 6, 2013 in collaboration with T-Mobile. The full-service studio handled every facet of production and post on a pair of magical :15s, fluidly merging live-action footage of each spot’s lead actor – one male, one female – with a pencil-drawn animated world that unfolds into a colorful cityscape. The campaign knits together seamlessly, with an identical sequence at the end of each clip showing the two characters uniting in a town square.

“We wanted to create a simple world that revealed itself as something more grandiose, while highlighting the benefits of brightspot’s service,” explains Gentleman Scholar Director and CD William Campbell. The GS team engaged in a meticulous planning process to create the spot’s final look. To ensure that the campaign would adhere to the 15-second time limit, production and post teams blocked every moment of the campaign with painstaking detail – from camera moves to scene actions to timing – and generated thorough previz animations before filming a single shot. The result is a narrative that fluidly merges live-action with gorgeous visuals, and typography that smartly positions the key features of the new service.

“We learned long ago that, to make a successful campaign, you have to let go of the idea that you’re sacrificing your art if you’re simultaneously working to create really effective marketing,” notes Campbell. “Instead, we look for how we can create art out of messaging. Rather than just showing some mundane scene of a girl walking down a street, we worked with the creatives to build this invigorating world.”

The campaign marks Gentleman Scholar’s first collaboration with WONGDOODY. “The agency was awesome,” notes Gentleman Scholar Director and CD Will Johnson. “They had a specific aesthetic in mind, and we worked closely with them to cultivate a complementary style and technique. With every project we like to focus on the importance of our collaborative philosophy, a focus that WONGDOODY appreciated and that allowed us to create the best possible final product together.”

The spots will air in the Super Bowl pre and post game shows on Feb. 2, as well as during the Jan. 26 Grammy Awards and during other high profile televised events.