Corus secures Canadian licensing rights to Disney Channel’s content and is set to launch Disney Channel TV Network in Canada for the first time on September 1, 2015. 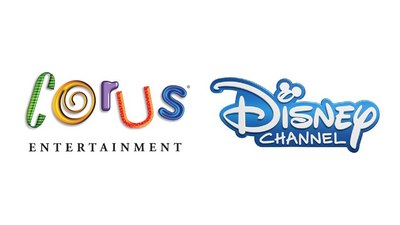 TORONTO -- Corus Entertainment has signed a groundbreaking, long-term licensing agreement with the Disney/ABC Television Group that marks a new chapter for kids and family entertainment in Canada. Under the terms of this expansive agreement, Corus secures English- and French-language rights to Disney Channel’s world-class content and becomes steward of the brand with the launch of Disney Channel in Canada.

Scheduled to debut on September 1, 2015, Disney Channel will give Canadian kids and families full access to Disney Channel’s slate of high profile and popular shows such as K.C. Undercover, Girl Meets World, Austin & Ally, Liv and Maddie and many others. The agreement also includes authenticated simultaneous streaming and ad-supported video-on-demand rights for select programs airing on the channel, allowing fans to catch-up on episodes of their favorite series. Following the launch of Disney Channel in the fall, select Disney branded kids linear television offerings will also be rolled out in the future as those brands and programming are transitioned to Corus.

This multi-year agreement expands on the relationship between Corus and the Disney/ABC Television Group that began in 2011, when Corus announced the launch of its millennial-targeted service ABC Spark, based on Disney/ABC’s hugely successful ABC Family channel in the United States.

“We are very excited to take our partnership with the Disney/ABC Television Group to the next level, and proud to be forging a new course for the iconic Disney Channel brand in Canada,” said Doug Murphy, President and Chief Executive Officer of Corus Entertainment. “With an extensive roster of exceptional content to tap into, we look forward to delivering the full Disney Channel experience to families across the country. This deal underscores our commitment to provide Canadians with the highest quality content from around the world and reinforces our position as Canada’s market leader in kids and family-focused offerings.”

“With this licensing agreement, we couldn’t be more pleased to expand upon our highly valued and significant relationship with Corus Entertainment by bringing the Disney Channel brand -- along with its hit programs and franchises -- under their purview in the Canadian marketplace,” added Janice Marinelli, President, Disney/ABC Home Entertainment and Television Distribution.

In the United States, Disney Channel is a top-performing destination for kids, geared towards ages 6-14. The 24-hour kid-driven, family-inclusive television network is available in over 96 million U.S. homes and watched by millions of viewers on Disney Channels around the world.