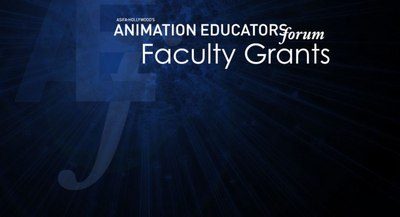 BURBANK, CA -- ASIFA-Hollywood‘s Animation Educators Forum has awarded its first annual Faculty Grants to Owen Klatte (University of Wisconsin-Milwaukee) and Dave Mauriello (Drexel University). The competition for the Grants, designed to provide support for individuals or groups with reasonable expenditures associated with research, scholarly activity or creative projects in the field of animation, were open to both full- and part-time teachers at accredited post-secondary institutions around the world.

The Selection Committee was delighted with the high quality of the proposals. Choosing the final recipients was very difficult, but after careful consideration the AEF is proud to present its first Faculty Grants to:

The Selection Committee thanks all those who applied and encourages them to do so again next year, with the hope of it being able to fund more proposals.

ASIFA-Hollywood is the world’s first and foremost professional organization dedicated to promoting the Art of Animation and celebrating the people who create it. Today, ASIFA-Hollywood, the largest chapter of the international ASIFA organization, supports a range of animation activities and preservation efforts through its membership. Current initiatives include the Animation Archive, Animation Aid Foundation, Animation Educators Forum, animated film preservation, special events, scholarships and screenings.