Annual short film showcase establishes itself as a non-profit to preserve, restore and promote animated short films, and also announces the launch of a Kickstarter campaign with an eye towards theatrical distribution. 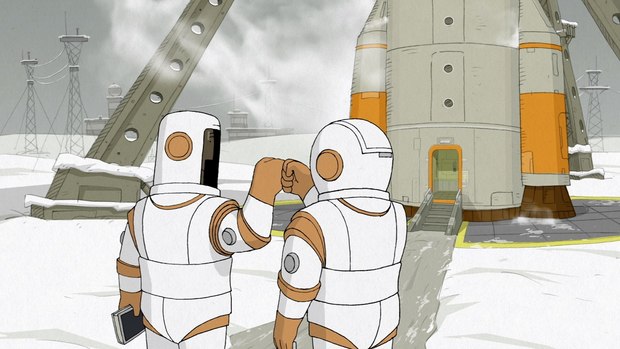 Producer Ron Diamond’s highly-anticipated animation industry event, the annual Animation Show of Shows, will take on a whole new meaning this year with the establishment of The Animation Show of Shows, Inc. as a non-profit organization whose mission is to restore, preserve and promote animated short films. Founder of the Los Angeles-based animation studio Acme Filmworks, and a UCLA alum, Diamond was recently honored with a Crystal Anvil Award from UCLA’s School of Theater, Film and Television for his outstanding contributions to the art of animation.

“Each year I travel to animation festivals around the world in search of new directors making significant, visually compelling, highly entertaining animated short films that are rich in aesthetic,” said Diamond, president of The Animation Show of Shows, Inc. “Now with our new non-profit banner, we’re excited to not only share new films that reflect trends in narrative and showcase experimental animation styles, but we’re also able to restore classic short films so they can be seen by audiences everywhere as well.”

To coincide with The Animation Show of Shows’ new non-profit identity, the organization is has also announced the launch of a Kickstarter campaign to raise money for the 17th annual Animation Show of Shows, as well as the start of their restoration work which is being done through Diamond’s animation studio, Acme Filmworks. The first film to be restored will be the powerful 1964 film, Hangman, directed by Les Goldman and Paul Julian.

The lineup for this year’s Animation Show of Shows will be announced on the Kickstarter page throughout the campaign, which ends on July 2nd. The first film to be confirmed is Oscar-nominated director Konstantin Bronzit’s acclaimed short, We Can’t Live Without Cosmos.

Diamond has already been in talks with several theater chains and -- for the first time -- is hoping to launch the Animation Show of Shows theatrically to the general public this year. In addition to screening the films, he will be including documentary-style profiles of many of the featured filmmakers in the overall program. Screening this year's program in theaters this fall will also enable some of the best short films of the year to qualify for Oscar consideration in 2016.

For the past 16 years, Ron Diamond has curated The Animation Show of Shows program, which consists of his picks from the year’s best and brightest animated shorts from around the world. He has toured the program around the world, setting up exclusive screenings of the show for animation professionals and students. The program has featured such Oscar-winning films as Michael Dudok de Wit’s Father and Daughter, Adam Elliot’s Harvie Krumpet, Torill Kove’s The Danish Poet, Kunio Kato’s Le Maison en Petits Cubes, Shaun Tan and Andrew Ruhemann’s The Lost Thing, John Kahrs’ Paperman and Patrick Osborne’s Feast. He has presented the program at major animation studios, universities and film festivals and has toured in such countries as the U.S., Canada, Germany, India, China, Denmark, Poland and Israel.