Adult Swim Blasts Off With Second Season of ‘Rick and Morty’

Adult Swim announces the return of Rick and Morty for a second season. 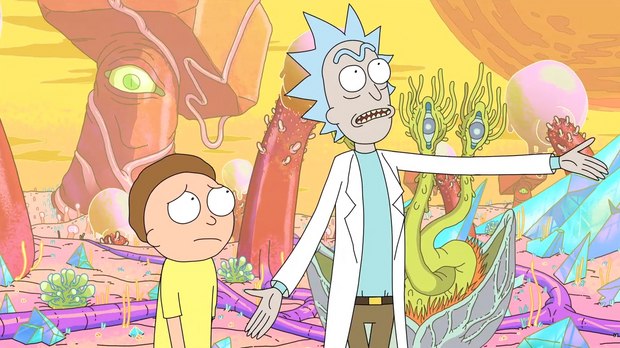 Coming off strong ratings and consistently beating the competition since its premiere in early December, Adult Swim announced the season two pickup of the original comedy animated series Rick and Morty. The half-hour animated series about a sociopathic scientist who drags his unintelligent grandson on insanely dangerous adventures across the universe currently airs on Adult Swim on Mondays at 10:30 p.m. ET/PT as one of the network’s first primetime original shows.

“I am excited to make as much Rick and Morty as Adult Swim allows, and I'm relieved to be in a time slot of no strategic value to CBS,” said co-creator and executive producer Dan Harmon

“I am humbled and super excited by the positive response to the show, and we have no shortage of ideas for future episodes,” said co-creator and executive producer Justin Roiland.

After missing for nearly 20 years, Rick Sanchez (Justin Roiland) suddenly arrives at his daughter Beth’s (Sarah Chalke) doorstep looking to move in with her and her family. Beth welcomes him with open arms, but her unremarkable husband Jerry (Chris Parnell) isn’t too thrilled about the tearful reunion as Rick’s arrival serves to shake things up quite a bit around the household. Rick converts the garage into his personal laboratory and gets to work on all sorts of dangerous sci-fi gadgets and contraptions. That wouldn’t be so bad if not for the fact that Rick continues to involve his grandchildren Morty (Roiland) and Summer (Spencer Grammer) in his insane adventures.