A magical story about adolescent love triangles, problems at home, stupid teenage boys and desires to break free and be something or someone else. 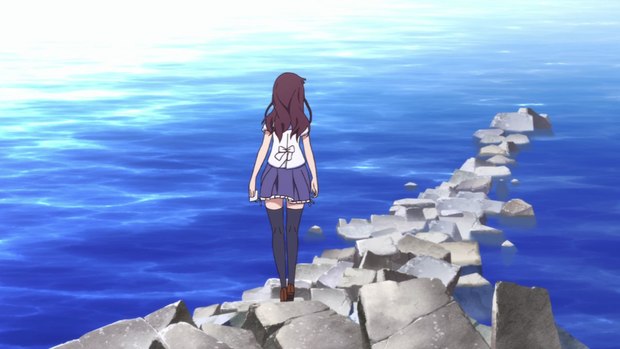 Back in October 2017 I found myself doing something rather touristy – and I’m a terrible tourist. I was in Tokyo for a few weeks, staying, as usual, in Shinjuku. This time I specifically flew in to visit friends, one of whom had never been to Japan. On a trip that included many wonderful walks around the city, one Friday afternoon we made our way to Sumida to visit the Tokyo Skytree, the tallest tower in the world. This ward outside the heart of the city, with its quiet streets and sleepy bookshops, had a very suburban feel. The day felt lazy, as if I were actually on vacation.

However, once we entered this impressive structure, the tower, unlike the streets outside, was full of visitors, tour groups, and children lined up in neat rows; everyone was calmly in queue, waiting for their trip up the elevator. And once we were high up in the main observation pod we found vast views of Tokyo that were not only expected, but also a bit lonely at that height.

On that day in the Tokyo sky I happened to come across a small exhibition of artwork for a movie that had just opened in August: Fireworks. Without much context, since my ability to read Japanese is still very limited, the artwork and stills were far more than enough to draw me in. There was something about this film, and I knew eventually I’d need to find it.

Well, after a long wait, that image in the sky of a boy, a slightly taller girl, and a suitcase between them didn’t disappoint. Fireworks taps into a familiar adolescent vein in order to tell a relatable narrative. Better still, its story unfolds through stunning art, music, and an otherworldly element that would be right at home in a Murakami novel. Fireworks essentially tells the story of Nazuna and Norimichi, two school kids in a small seaside town. On the day of an annual festival, in which fireworks are the capstone event, Nazuna finds a mysterious pearl-like orb in the water. This also happens to be her last day at school, as her mother is getting married for the third time and moving to a new town. Intent on running away to Tokyo and dragging Norimichi with her, Nazuna’s orb will alter their day and, for a brief time, their perception of reality. Norimichi soon learns that the orb allows him to reset time and start over at any point he desires. And although he keeps resetting time to help Nazuna the best he can, his time jumping ultimately forces him to deal with his friendship with Yusuke, who also likes Nazuna, and the reality of Nazuna’s situation with her mother.

Produced by the animation studio Shaft, Inc., and originally released by Toho, Fireworks is actually based on a live-action television drama that aired in 1993; the story has history and its own fans. Now, while you might assume that this sounds like an adolescent, romantic Groundhog Day, focus on the orb. This device does not simply reset time; it creates its own alternative world into which one can sink deeper and deeper. This is where the fireworks come in. Visually, are they flat or round when viewed from the side? Only one view is correct in the real world. Although Norimichi can reset time in this story, there is only one timeline to confront.

Once again, GKIDS brings us a film, which just happens to be animated. Adolescent love triangles, problems at home, stupid teenage boys, desires to break free and be something or someone else…Fireworks is elegantly drawn, and its magical storytelling is both familiar and new. Producer Genki Kawamura, of the extremely well-made and popular Your Name, hits the mark once again.

In theatres since July 4th, Fireworks is definitely worth your time. For a film that offers an otherworldly view of fireworks and even another reality, it is perhaps fitting that I first found it 350 meters in the sky.