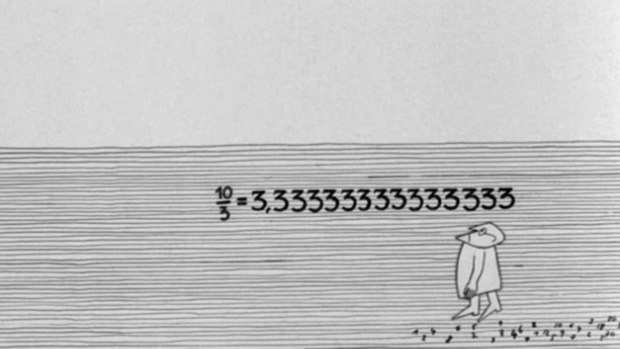 Upon first glance, the films of Stefan Schabenbeck appear as reactionary polarizations of issues that warrant more elaboration. They are. But they are also clever, passionate, and often humourous condemnations of the on-going dehumanization of humanity.  What dissuades us from rejecting Schabenbeck as a 60s reactionary is the universality and timelessness of his work. On one hand, his films reflect a specific time and culture as they are blunt critiques of bureaucracy within 1960s Poland; on the other, the themes of dehumanization that he expresses are as relevant today as they were thirty years ago.  Although he only made six independent films, Stefan Schabenbeck’s career certainly warrants more notice than it has been given. Not unlike the work of Samuel Beckett, Buster Keaton, and German animator, Raimund Krumme, his films are tragicomic pieces about the human condition.

Schabenbeck was born in 1940 in Zakopane, Poland. He graduated from the Secondary School of Fine Arts in Warsaw and was trained as a cameraman in the Lodz Filmschool. His introduction to animation was quite strange, “I made my first film when I was studying- a teacher told me during my studies that the Semafor studio needed one more film to fulfill their production plan. So I wrote a script and sent it and they accepted. That was cut-out animation with parts of drawn animation (Everything is A Number)- that was on the whole my very first film. It wasn’t exactly as it should be, but I did win a prize at Oberhausen with it.”

In Everything is a Number (1966) a man attempts to survive in a world of numbers and geometric shapes. But in the end, the man is cloned and ultimately becomes just another number. Schabenbeck’s graduate film is a smart and comic critique of bureaucracy and technology.

Schabenbeck’s poetic masterpiece, The Stairs (1968), involves a man climbing an endless set of stairs. When he reaches the last stair, he dies and takes the form of a new stair. A solemn work that is, with the exception of the humourous self-reflexive opening, unrelenting in its allegorical depiction of life’s journey.