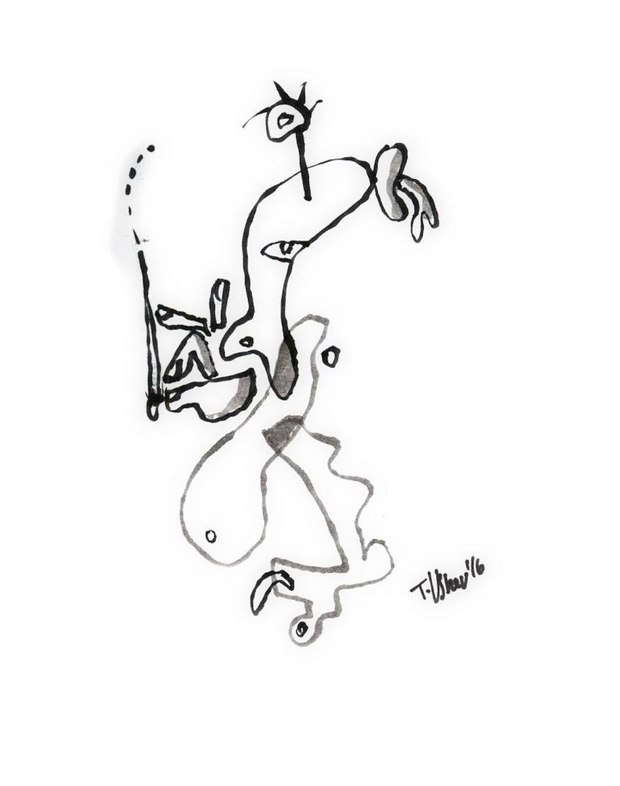 We are so seduced by the quality of the illusions created by our digital media that the lives we are living are almost virtual.

I’m of two minds about VR.

Side 1:  I don’t give a damn about it. It’s ridiculous and pointless… why are they trying to take us further and farther from a truth that we can’t ever escape: our end. What would Plato or Kierkegaard for that matter (you’ll be hearing a lot this year from that old Danish philosopher - who also happened to inspire the title of this column) have made of Virtual Reality and Oculus Rift or whatever the fuck these blinders are called. It’s a given that we’ve all been lurking in our caves staring at the shadows (you can read all about Plato’s Allegory of the Cave in The Republic), but now it’s like we’re all huddled in there with headsets on…shifting and thrashing about like cyborg twit of the year contestants... we’ve succumbed so deeply to the digital that we’re not even seeing the original shadows of reality anymore…it’s manufactured shadow of the shadows…not even reflections of the reflections. Today’s variation of bread and circuses is so layered now that we can’t even be accused of living in the past or future anymore cause most of us are swimming through timeless fabrications. Past Present and future all weaved together now into a temporal artifice. When will we stop distracting ourselves from the now? What exactly is so wrong with the moment? Is existential boredom the cause of our endless and seemingly exhaustible self-stimulation? Perhaps if we all just shut up for a second and take a deep breath, we might actually be able to see, hear, touch and feel the moment. Maybe then we’d discover our true selves… and from there figure out how to think and feel on our own. That would be truly heroic and revolutionary.

Please pause or take a moment to check your email or FB page while I turn the record over.

Side 2: Wow… that cynic voice is bleak. Jesus man, lighten up. I mean come on…hasn’t humanity ALWAYS been developing distractions?

How is VR any different than the first cave drawings or the invention of the printing press or those dastardly rhetoricians that Socrates despised? Hey, I mean, I don’t believe in any gods or afterlife, so why the hell shouldnt we embrace whatever gives us pleasure. What the fuck is wholeness, oneness and a big ol’ satori going do for me once I’m dead? Besides… there was a time when musical instruments, the pen, the printing press, the photograph, typewriter etc… were all seen a menacing new distraction devices. Before that people interacted directly. Their musical and storytelling instruments were their voices and hands and feet. Maybe, say, a guitar was the first step towards self-pleasure… it was something you could strum on your own (nudge nudge, wink wink). The printing press eradicated live communal storytelling. The photograph took over from our eyes. The cinema took it further and deeper, creating concrete caves of light and shadows.

All the way through human history we’ve seemingly been bored and scared shitless of mortality and in response have developed these endless magic shows. And why not? To paraphrase from the final lines of Woody Allen’s Shadows and Fog (a film about the futility of defeating death): People don’t just love illusions, they need them, like they need the air.

‘Natural Habitat Shorts’: Like ‘Ranger Rick,’ But for Adults
Framestore Sets Sail on ‘1899’ with New Virtual Production Tools
Animated Characters: The Art of Babbitt – Part 1
Bruce Smith and Ralph Farquhar Talk ‘The Proud Family: Louder and Prouder’ Season 2
VFX is the ‘Thing’ for Tom Turnbull on Tim Burton’s ‘Wednesday’
We Need to Chat
Choc Chip Animation Riffs on Pop Culture in ‘The Art of Murder’
F is for Flake: The (Not So) Great Animation Robbery?
END_OF_DOCUMENT_TOKEN_TO_BE_REPLACED