‘Scout & The Gumboot Kids’ Set to Debut on Kids’ CBC 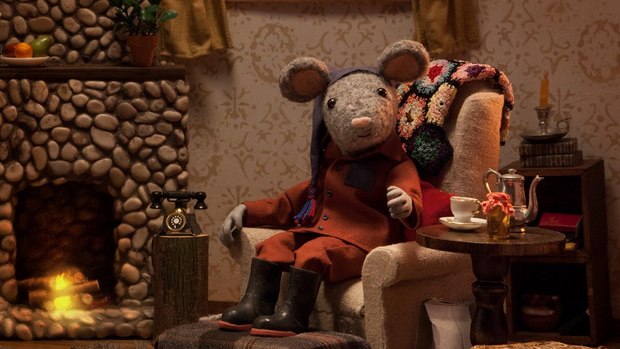 TORONTO – Two Story Productions has announced the Kids’ CBC, Season One premiere of Scout & The Gumboot Kids, an animated, live-action series that encourages preschool-aged children and their families discover the wonders of nature. Designed to be a bridge between the family room and the outdoors, Scout & The Gumboot Kids invites children to go outside, engage all of their senses and explore the natural world. The series is endorsed by the David Suzuki Foundation and the UCLA Global Media Center for Social Impact.

Created by wife and husband team, Tara Hungerford and Eric Hogan, and inspired by raising their two young children in an urban environment.  Scout & The Gumboot Kids was developed out of a strong desire to help families connect with nature, and each other, in an open and non-judgmental way.

Mixing live-action, CGI animation and traditional stop-motion animation, Scout & The Gumboot Kids features Scout, a curious mouse that leads the Gumboot Kids through a series of clues that take them outdoors to solve nature mysteries. Scout & The Gumboots Kids has a tactile, artistic and visually rich take on the natural world, with original music by Juno Award winning singer-songwriter Jessie Farrell.

Adds Eric Hogan, Scout & The Gumboot Kids co-creator, “We’re thankful that our show found a home at Kids’ CBC, a place that not only supports progressive children’s programming but also recognizes the urgent need for young minds to develop an early understanding of our interconnectedness with nature.”

“Gumboot Kids is creating a new normal for an entire generation,” said Sandra de Castro Buffington, Founding Director, The Global Media Center for Social Impact at UCLA. “This pioneering series transports young children into the practice of mindfulness and the magic of nature. The values of gratitude, appreciation and respect will stay with young viewers throughout a lifetime, creating a world we all want to live in.”

Filmed on location in Vancouver, BC, Scout & The Gumboot Kids was created, written, and directed by award winning filmmakers, Tara Hungerford and Eric Hogan (Take Me Home, A Window Looking In), and developed for Kids' CBC with renowned children’s television writer Cathy Moss, and Emmy Award winning producer of The Electric Company Karen Fowler.  The show’s curriculum was developed with leading expert in mindfulness and youth, Molly Lawlor, PhD candidate, University of British Columbia, Educational and Counseling Psychology and Special Education.