Following rapid expansion in the U.K. and Ireland, interactive TV and learning platform aimed at preschoolers completes multi-million round of equity investment. 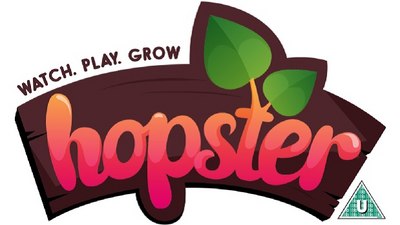 LONDON -- Preschool-aimed interactive TV and learning platform Hopster has confirmed the completion of a multi-million pound equity investment round. The funding round, which caps a year of strong growth for the U.K.-based startup, will fuel its ambitious growth plans for 2015 and beyond.

The funding will see Hopster invest in new product features, acquire more premium kids content, and continue its program of international expansion, which kicked off last December with a successful launch in Ireland. Additionally, Hopster is expanding its team and UK operation to support its growth.

The funding round was led by Sandbox Partners, a strategic investor in the learning and media space. Hopster had previously secured seed investment from U.K. angel investors including TV’s Davina McCall, Tony Orsten (The Imaginarium, twofour54) and Bhav Singh (Pearson, Viacom).

“We had an amazing first year -- and it’s great that Sandbox have recognized the huge potential of this space,” said Hopster founder Nick Walters. “With their investment on board, we’ll be able to offer more than ever before for families -- and we’ve got big plans for new features and international expansion. Our expansion to Ireland has beaten our expectations; now we want to increase the pace and deliver an unprecedented experience to families all around the globe.” “We are delighted to have been involved with securing this funding for Hopster,” added Sandbox Partners founder and CEO Bhav Singh. “Having known Nick and being involved in Hopster from the very start, watching its progression and how he brought a strong team together, it was a no brainer for us, being focused on playing at the intersection of media and learning, that we would start our journey by backing Hopster.”

Since launching in December 2013, Hopster has rapidly established itself as an Apple App Store chart topper, recording over 200,000 downloads from U.K. families and securing a coveted App Store “Best of 2014” award. The last quarter of 2014 also saw Hopster expand to smart TVs and set-top boxes, announcing a series of major deals with Freesat, EE TV, Samsung, and Panasonic.