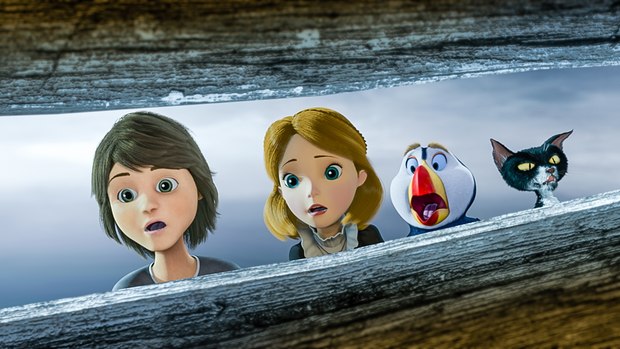 The Swan Princess is back with an all-new feature length movie! In celebration of Tuesday’s home entertainment release, here’s an exclusive clip from Swan Princess: Royally Undercover, the seventh installment of the beloved animated musical franchise based on the classic ballet, “Swan Lake.”

Arriving for the first time on DVD on March 28th from Sony Pictures Home Entertainment, The Swan Princess: Royally Undercover follows the enchanting tale of young Princess Alise and her friends as they embark on a new adventure where they solve a royal mystery using their detective skills and spy gadgets. In the movie, after mysterious visitors arrive in the Kingdom, Princess Alise, Lucas and their friends go undercover on a secret spy adventure to see if they can be trusted. They will need all of their superior detective skills as well as some super cool gadgets to solve the royal mystery and save the Kingdom.

Check out the new clip in the player below:

Featuring fan-favorite characters and all news faces, this next installment is the perfect fit for a new generation of Swan Princess fans, as well as nostalgic fans of the franchise. With a run-time of approximately 79 minutes, the G-rated DVD release includes a behind-the-scenes look at The X Factor star Macy Kate in the studio as she records the theme song for The Swan Princess: Royally Undercover, “Born to Be Me.” Macy Kate also sang the theme song in the previous installment, The Swan Princess: Princess Tomorrow, Pirate Today, which was titled “I’ll Be Your Star.”